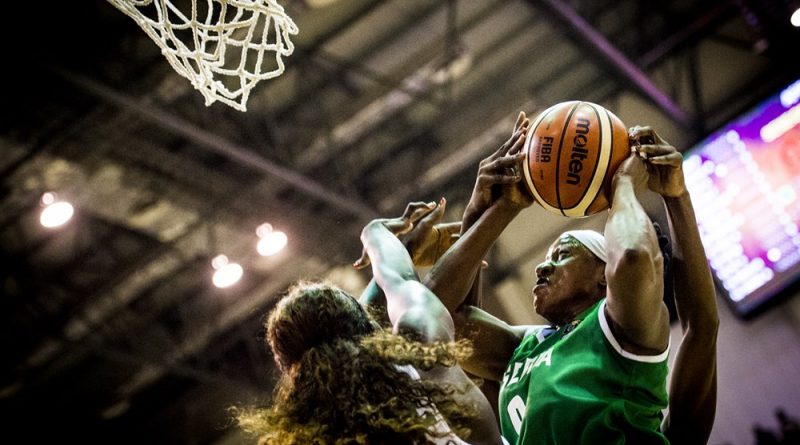 Pius Ayinor
Evelyn Osaretin Akhator again powered Nigeria’s offense as D’Tigress defeated Senegal 58-54 in the last Group B match of the 2017 Afrobasket for Women, Extrasportsnigeria.com reports. The WNBA player again made it double-double with 15points and 13 rebounds as Nigeria overcame the defending champions in a highly contested match.
Nigeria won the first quarter 14-13 and then took the next at 20-13 before the break. The Senegalese returned to the court battling hard in the late Wednesday night match and took the third quarter 15-14. They also won the last at 13-10 but the fight back was too late to change the score.
Traore held forth for Senegal shooting 13 points, 8 rebounds and 2 assists. Ezinne Kalu shot 11 points for Nigeria, Adaora Elonu made 10 points while Jennifer Nyingifa added 5 assists.
The win gave Nigeria five straight wins to top the group into the next stage of the competition. D’Tigress will face Ivory Coast on Friday.
In some other games played also on Wednesday hosts Mali defeated Cameroon 69-35 while Tunisia defeated Nigeria’s next opponents Ivory Coast 69-64. In another Group B match Egypt defeated Mozambique 91-70.