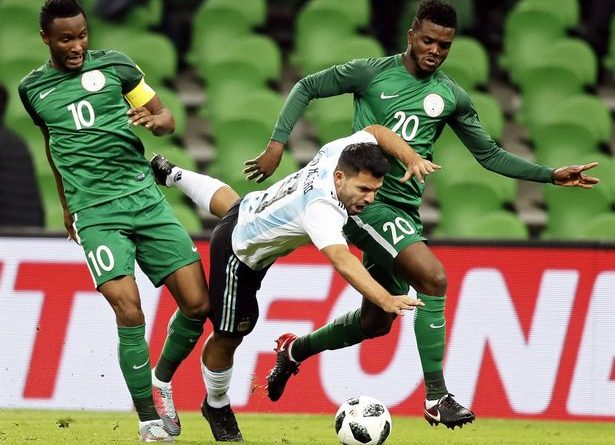 Argentina Manchester City star Sergio Aguero has been confirmed to be out of hospital. The attacker was taken to a hospital for checks after he fainted during halftime of the friendly match against Nigeria which they were beaten 4-2.

The Argentine Football Association said on its Twitter account that the Manchester City forward “had a blackout and was taken (to hospital) so routine examinations were made only as a precaution.”

And then three hours after the game, the AFA said Aguero was back at the hotel with his teammates and that, “The player is well.”

Manchester City said the 29-year-old had been cleared by doctors to return to England as planned after he suffered what they called “a dizzy spell”.

“Sergio never lost consciousness, and was taken to hospital for precautionary medical checks,” City said on their official website.

On Tuesday Argentina squandered a two-goal lead and slipped to a shock 4-2 defeat to the Super Eagles.

The South Americans had always dominated Nigeria having won all World Cup encounters between both countries until Tuesday where it appeared the African team had discovered what it takes to beat the former world champions.