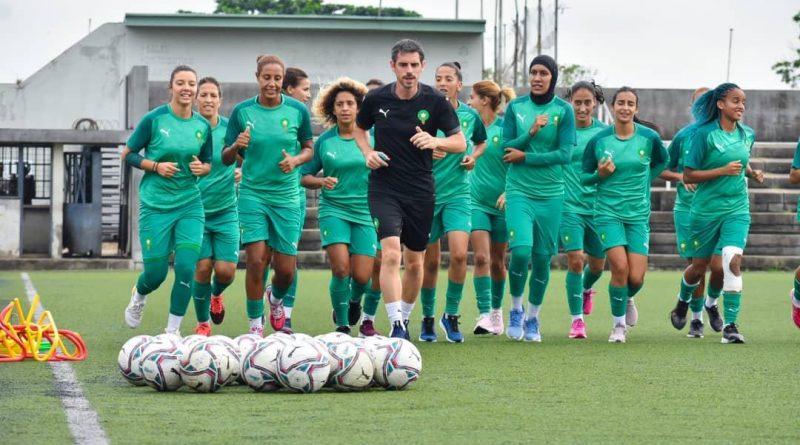 Ghana’s Black Queens, the Female Eagles of Mali and the Atlas Lionesses of Morocco all flew into the country through the Murtala Muhammed International Airport early on Monday for the maiden edition of the Aisha Buhari Invitational Women’s Football Tournament taking place in the city of Lagos.

The Queens and Eagles arrived in Nigeria aboard a chartered flight, while the Lionesses got into town aboard a Royal Air Maroc flight, Extrasportsnigeria.com reports.

Organizers announced on Sunday that all the six matches of the international showpiece in honour of the name and Office of the First Lady of the Federal Republic of Nigeria will now hold at the remodelled and upgraded Mobolaji Johnson Arena, Onikan.

All the guests teams have since had training sessions in Lagos with the Moroccan taking their drills at the Legacy Pitch of the National Stadium Monday afternoon.

Morocco and Mali are in the same Group A with Nigeria, Ghana’s Black Queens, two-time runners-up of the Women Africa Cup of Nations, tackle Cameroon and South Africa in Group B.

Nine-time African champions Nigeria moved into the team hotel on Monday morning, as organizers, teams and officials look forward to Wednesday’s opening ceremony that will see the Super Falcons taking on the Female Eagles of Mali as from 4pm.