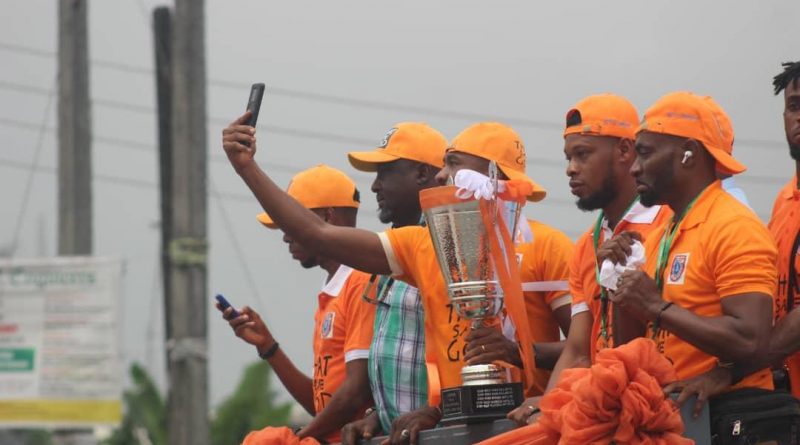 The Promise Keepers won their first ever NPFL title with a match to go. The expected victory over their guests lifted Akwa United to 71 points from 37 matches. This means that even if Akwa United should lose their last match against Lobi Stars of Makurdi on Thursday, July 5 they still have won the league.

Their closest rivals Nasarawa United and Enyimba can only hit 68 points each they are able to win their remaining two matches is 68 points each.

On Sunday and against MFM, Akwa United completely dominated the match but Michael Mbonu’s penalty shot in the 68th minute and Dennis Obasi’s goal two minutes from regulation time reduced the deficit.

A major highlight of the game is that Akwa’s striker, Charles Atshimene scored a hat-trick in the 24th, 85th and 90th minutes taking his goals tally to 18. Alimi Adebayo’s own goal in the 45th minute and Mfon Udoh’s strike in the 90th minute made up for the total number of goals scored in the historical game.

In other matches Emmanuel Ihezua’s lone strike from the spot in the 60th minute handed a win and the three points for relegation battling Warri Wolves against Heartland in Ozoro. Mansoor Aliyu’s 40th minute goals proved the match winner for Katsina United against visiting Abia Warriors.