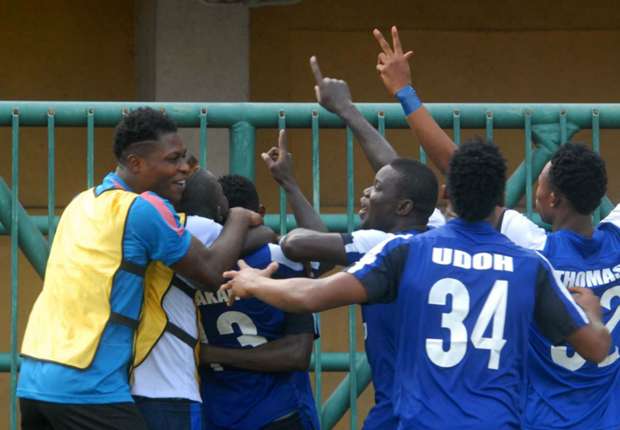 The management and players of Akwa United have apologized to those they have referred to as “genuine fans and supporters” for their current poor run in the four week old Nigerian league.

The club media officer, Mr. Mfon Patrick on Thursday quoted the club Chairman Mr. Paul Bassey as saying that the current poor run of the team is regrettable.

He said that despite the situation he had had, “strong conviction that this may turn out to be our best year in the league and we are trying not to misplace the emotional outburst of some fans last Wednesday at the Godswill Akpabio International Stadium.

“Every fan has the right to feel bad when his or her team is doing badly yet we must guard against taking the laws into our own hands by way of protest or dissatisfaction. We can understand what Liverpool fans are going through for losing two key matches at home in one week, including a semi final against Southampton after losing to Swansea 3-2 in the Premiership yet all hell has not been let loose.

“Should we over react to the point of being fined or banned out of Uyo, great will be our loss going forward.”

“Let it also be on record that the two teams we have played so far at home are the best as par last season’s league, who have gone ahead to fortify their squad in readiness for the CAF Champions League.

“These are not excuses but facts that need be addressed, realities that should evoke sympathy.

“If there is anytime we need our supporters and fans, it is now. We use this opportunity to thank the Akwa United Supporters Club most heartily for the over ninety minutes performance exhibited on Wednesday and promise that they will not regret supporting us.

“We call for patience, we call for understanding. We plead that unnecessary pressure should not be exerted on the boys and their coaches to the point where they become tense and anxious in front of their home fans. Elsewhere as we witnessed in Bauchi even when we outclassed them, they stayed with their team to the very end” the release said.