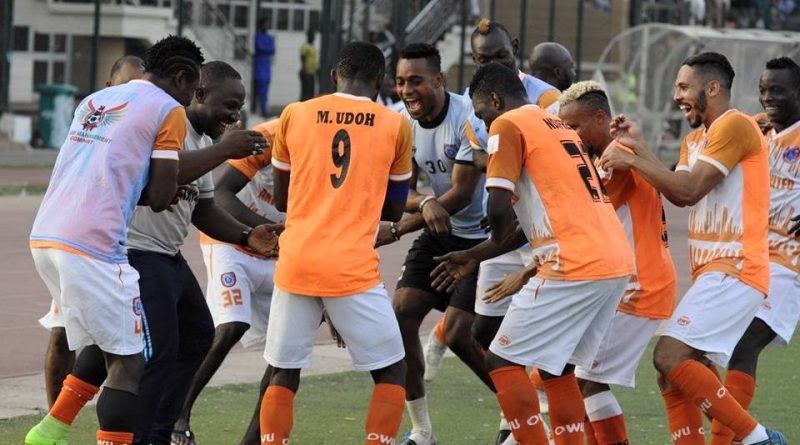 Akwa United have pushed away Kano Pillars from the top of the NPFL table after a 3-1 win over Heartland in a Week 26 match played on Thursday in Uyo.

Charles Atshimene opened the scoring for Akwa United as early as in the 3rd minute of the match. Charles had more to give as he scored his second goal of the game in the 24th minute. However, a minute later, Heartland’s Akuneto Chijioke reduced the deficit as the first half eventually ended 2-1.

John Ubong Friday sealed all three points as Akwa United in the 73rd minute. The win became the 13th league win of the season for the Uyo based club and it ultimately restored them to the top of the table with 49 points.

In Lagos MFM FC and visiting Abia Warriors settled for 0-0 at the Agege Stadium, Lagos. The match was moved from the original Wednesday afternoon schedule to 7am on Thursday after a heavy rain made it impossible to use the pitch.

MFM are 10th in the table with 36 points while Abia Warriors are 13th with 32 points.

It is an uphill task for leaders Akwa United as they visit second placed Kano Pillars in the star match of the week while Enyimba will visit strugglers Katsina United.