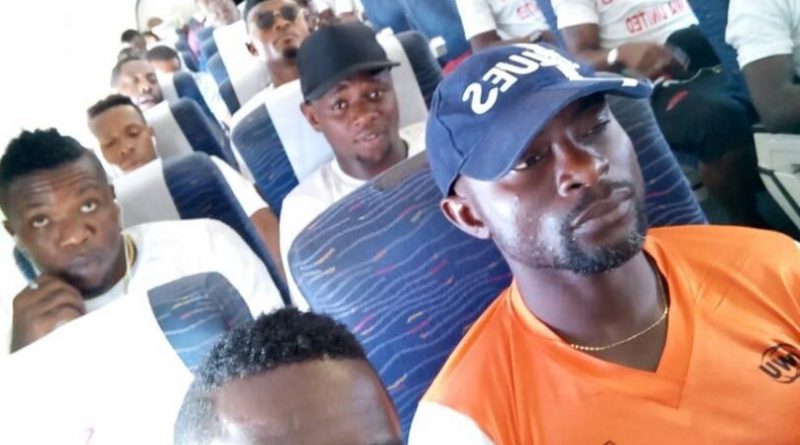 Akwa United departed Ibom International Airport Sunday afternoon on board a Dana Air flight to Lagos from where they will proceed to Tunisia. The group comprising 18 players and 12 officials are heading to the North African country for the first leg of their CAF Confederation Cup First Round match against Al-Ittihad of Libya.

Libya’s Al-Ittihad are playing their home matches at their adopted home in Tunisia during to the political crisis in their country.

The Promise Keepers are making their second official flight with Dana Air after signing a landmark partnership deal with the airline in February.

The 2017 Aiteo Cup champions are flying out of Lagos on Sunday night through Turkish Airlines to Istanbul before connecting Tunis Monday morning. And from the capital city they will continue to Sfax.

Akwa United overturned a 2-1 deficit against Hawks of Gambia, after winning the second leg 2-0 in Banjul to advance 3-2 on aggregate to the First Round.

The match against Al-Ittihad will be played on Wednesday in the Tunisian city of Sfax.