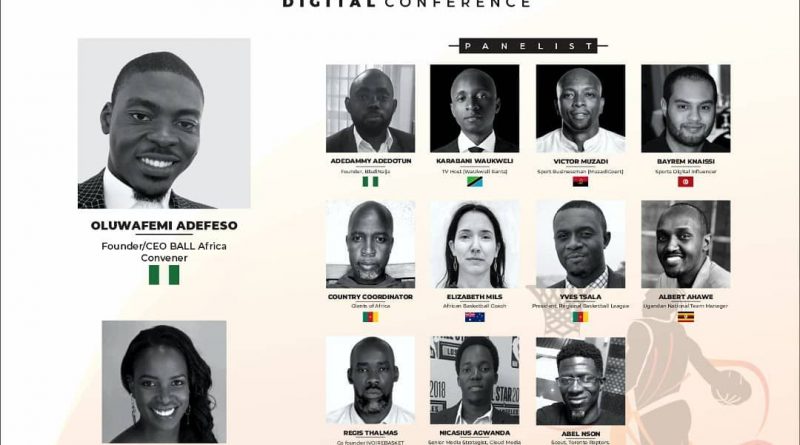 All is set for the first edition of the African Basketball Conversation, a digital conference on the development of professional basketball in Africa. The conference, put together by Oluwafemi Adefeso, is the coming together of informed stakeholders; administrators, media practitioners, influencers, coaches, scouts and more x-raying pertinent issues influencing basketball on the continent.

Adefeso says the digital conference is one of the sports development programmes on the itinerary of the organization and his experiences covering basketball on the continent helped him start with basketball.

“Basketball in Africa has come of age, when I started reporting basketball almost a decade ago; I was like a voice in the wilderness in Nigeria reporting the sports on national TV. I recall when I attended the FIBA Africa Journalist Course in 2013 in Cote d’Ivoire; we were just a handful of reporters from across the continent present. The culmination of all my experiences traversing the continent covering multiple AfroBaskets while juxtaposing it with my experience covering about 10 NBA games across Los Angeles, Chicago and Indiana in 2018 birthed the need for a conversation about uplifting Basketball in Africa”.

He believes that the African Basketball Conversation will be a major turning point for Basketball on the continent because he hopes to attract all stakeholders from far and wide, creating a concentration and a major force where high level discussions are heard and solutions predicated.

“If we really want basketball to be on the same table of conversation with football in Africa we need to unite the scarce resources we have across the continent, build one platform and one voice where we can all stand and together amplify our voices on the needs and plan action steps to get to where we want.

“A good foundation has been laid by the tremendous work of NBA Africa, Giants of Africa, Seed Project and others are doing, ours is to build on it and take it to another level.”

The event will be open for audience participation and the official Hashtags to follow the event on social media are #AfricanBasketballConvo and #DigitalBasketballConference.