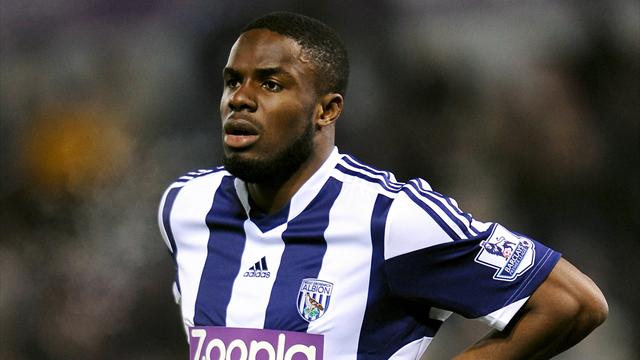 Nigeria striker Victor Anichebe has joined Chinese second tier side Beijing Enterprises on a free transfer. The Nigeria striker was released at the end of last season by Sunderland after their relegation from the English Premier League.

Anichebe is joining another Nigerian James Leke at the club. Beijing Enterprises are rebuilding following the death of Ivorian player Cheick Tiote during a training session at the club this month.

The former Everton and West Brom striker joined Sunderland last year but his progress at the club was hampered by injuries as he only managed three goals in 18 games for the Black Cats.

Enterprise coach Gao Hongbo said, “We are delighted with the signing of Victor, who played in the Premier League. It’s a positive development for our whole club.

“Victor hasn’t trained on the pitch since the Premier League season ended, so it may take a while for him to integrate into our team. We have to be patient with him.”

Anichebe has 11 caps for Nigeria scoring one goal and was a part of the Nigeria silver-winning Under-23 side at the 2008 Beijing Olympics.