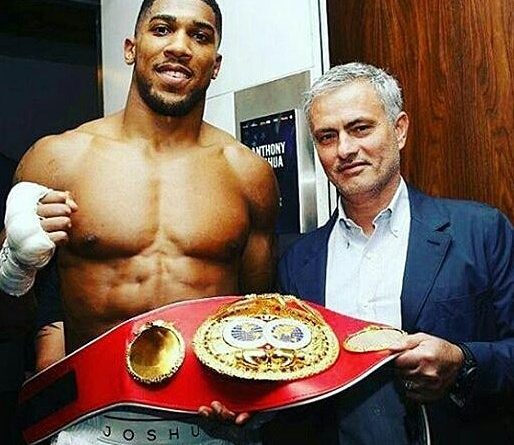 It sounds bizarre and quite crazy but the legend has said it the way he feels. Larry Holmes has let world champion Anthony Joshua in on the secret to becoming a heavyweight legend – the secret is regular SEX.

Two-time world champion Holmes is considered one of the finest ever after racking up a 69-6 record in a career spanning four decades, according to The Sun report.

Holmes, 67, is already a big fan of IBF and WBA king Joshua but says it is important the Londoner makes love and war if he wants to go down in history.

He told The Sun, “If I had to give him one piece of advice it would be this – get laid a week before each fight.

“You need to relax. It restores your energy and everything.

“He’s a heavyweight, he’s got to get that sh*t out of him. But he doesn’t want to do it every day or nothing because that might drain him!”

The Nigeria-born Joshua faces late stand-in Carlos Takam at a sold-out Principality Stadium in Cardiff on Saturday after months of rigorous training.

The old boxing adage is that having sex during your camp makes you weaker and many fighters go on a strict bonk ban in the lead-up to a fight.

Ex-heavyweight champion David Haye rules out sex for six weeks before fights because he reckons it would affect his performance.

But Holmes thinks differently. He says, “They say you’re not allowed to do it when you’re fighting.

“I listened for a while but then found out it was all a lie and you’re missing the good stuff man.”

Joshua, 28, is the huge favourite to beat Cameroon-born Takam but the 2012 Olympic champ reckons it will be tough.

Joshua believes 6ft 1in Takam will use what he calls a ‘Mike Tyson style’ of getting low and swinging in big hooks.

Holmes, who beat Muhammad Ali in 1980, was knocked out by Tyson in the fourth round of their 1988 clash for the IBF, WBA and WBC titles.

But the Easton Assassin believes if AJ had ever fought the real Iron Mike there would have only been one winner.

Holmes, speaking at the launch of a new Tag Heuer watch to commemorate “The Greatest” Ali, said, “Joshua would have knocked out a prime Mike Tyson there’s no doubt about it.

“Tyson went down low then came up and tried to throw roundhouses. But Joshua would hit him with a straight right hand on the side of his damn chin and Mike wouldn’t get up.

“I’m not taking anything away from Tyson — he kicked my ass. But if Mike fought anybody who boxes behind a jab, moves out and throws punches, they would whoop his ass.

“That’s why I think even Tyson at his best, Joshua would knock him out. He punches hard and he isn’t going to stand there and let Mike hit him.

“He got knocked down by Wladimir Klitschko and got up again. That shows you he’s ready to fight.”