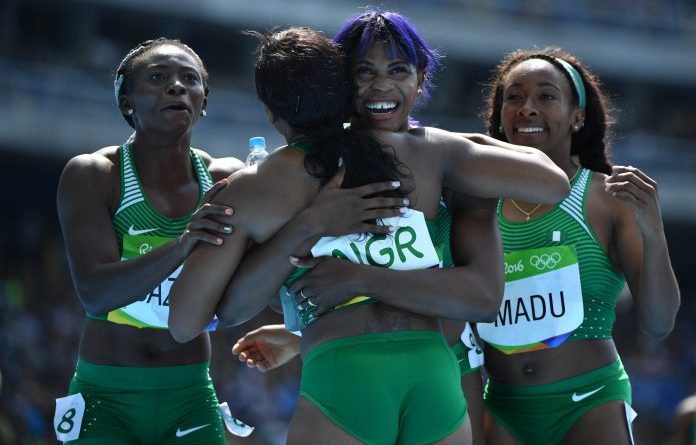 Extrasportsnigeria.com has learnt that some board members of the Athletics Federation of Nigeria (AFN) have rejected the list of sub-committees released by the Federation’s secretariat on Tuesday September 5.
The members, led by the federation’s vice-president, Olamide George therefore called on members of the public to “disregard the purported list as it did not emanate from the AFN board which has the constitutional mandate to constitute and approve the sub-committees.”
George, a former national 400m hurler and member of the Ondo state House of Assembly added, “As far as we are concerned, the sub-committees of the AFN have not been constituted because the board has not met to deliberate on it and other issues necessary to enable us hit the ground running especially after our participation at the IAAF World Championships in London last month.
“I remember I called on the president, Honourable Ibrahim Gusau to urgently call for a board meeting to enable us review our performance at the 16th IAAF World Championships in London and map out technical and marketing plans for 2018 which is two seasons in one for us.
“The Commonwealth Games is coming up in April 2018 while the African Championships will hold in July/August which means we should have hit the ground running as soon as the World Championships ended in London. I am thus shocked to know that the sub-committees have been constituted without the knowledge of board members because there was no board meeting called to that effect.” The Sports Writers of Nigeria (SWAN) representative on the board, Dare Esan he was surprised after he was bombarded by the media seeking confirmation of the said list.
Esan was particularly shocked that the federation’s president could unilaterally constitute the sub-committees.
“All over the world the post of the technical committee chairman or technical director of an athletics federation has always been filled by individuals with huge coaching experience and background in sports science because sports, especially track and field have gone really scientific. In the absence of an individual with such qualification on the board, then the board of the federation can look at an accomplished ex-international who has participated at either the Olympic Games or the IAAF World Championships or both. The individual our president has illegally assigned that role to is a dilettante as far as the position is concerned.”
Brown Ebewele, the man elected to head the technical arm of the AFN believes the purported list is a joke carried too far.
“As far as I am concerned, the AFN sub-committees have not been constituted and the board will meet soon to constitute them as stipulated by the code of governance handed over to the AFN by the sports ministry during our inauguration.”
Meanwhile the board members have given the federation’s president two weeks to call for a board meeting to enable them chart a positive course for the federation in view of the very daunting task ahead.