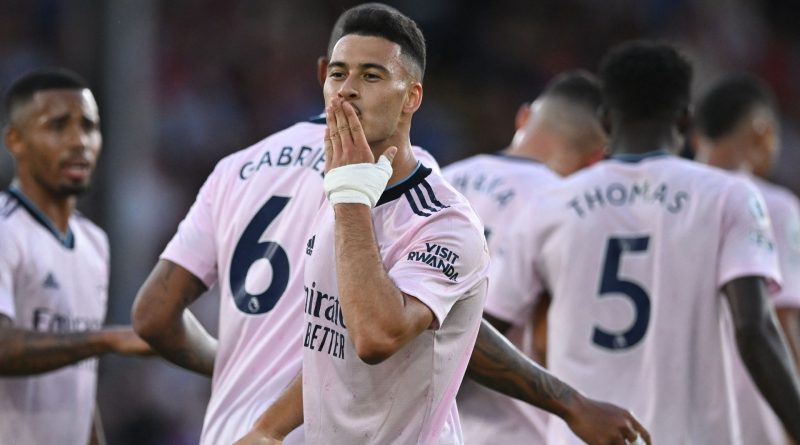 The English Premier League kicked off on Friday night with Arsenal taking maximum points. A goal in each half was enough to give the Gunners a 2-0 win over Crystal Palace.

Gabriel Martinelli scored the opener in the first half and a Marc Guehi’s own goal in the other half gave them the maximum points.

Arsenal wasted no time in stamping their authority on the game, which quietened down the raucous home crowd. Martinelli blazed an early chance wide after some superb solo dribbling from Jesus, who looked like he had been playing in an Arsenal shirt all his life.

The opening goal did come when a clever corner routine completely perplexed the Palace defence and Zinchenko was left free to head back across goal which led to Martinelli bundling the ball home according to a Sky Sports report.

Much like last season, Arsenal decided to sit on a lead which allowed Palace to grow into the game. Ramsdale had to be alert to divert Odsonne Edouard’s close-range header away from goal from what was Palace’s first attempt on goal just before the break.

Ramsdale was called into action again on 52 minutes when denying Eberechi Eze on the angle after the former QPR man was found by a clever pass from Wilfried Zaha.

Palace had good flow and maintained their attacks in search of an equaliser but the greater threat came from the away side as Jesus’ persistent work off the ball almost led to Martin Odegaard – captain for the first time – fluffing his lines inside the box.

With Arsenal defending their box with great resolution, Saka grabbed the game by the scruff and made the game safe with some outstanding wing play. His cross was clumsily headed home by Guehi and allowed the Arsenal fans to relax for the remaining six minutes. They can certainly be excited for what could be on the cards this season as the club look to improve on their fifth-placed finish last term.