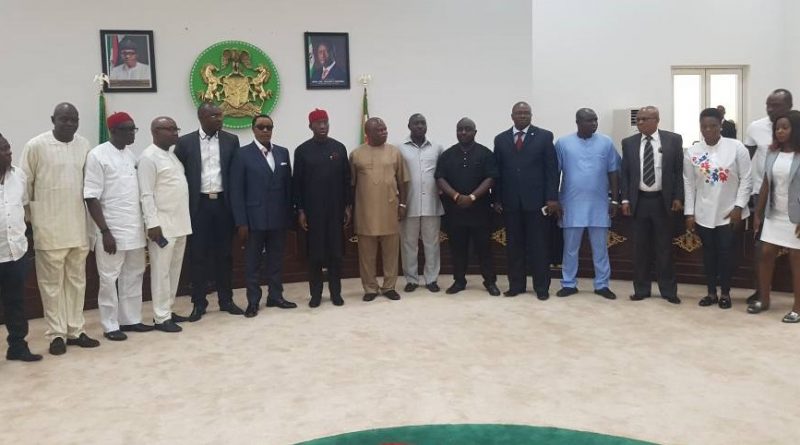 The Governor of Delta State in the South-south part of Nigeria, Dr. Ifeanyi Okowa has inaugurated the 17-man Local Organizing Committee for next year’s Senior African Athletics Championships tagged “Asaba 2018.”

Okowa while swearing-in the Solomon Ogba led LOC on Monday said the state had chosen to start early in order to put together a world-class event that Delta people and indeed Nigeria as a whole would be proud of. He also stated that the early inauguration was also geared at making sure that the economic planning arm of the LOC had their figures captured in the state’s budget for 2018.

The Governor noted that Delta State remains the home of sport in Nigeria as it has continually set the pace in the hosting of international events and churning out talents that have over time grown to become world beaters.

Delta State, fresh from hosting its sports festival is also gearing up for the Principal’s Cup final as the state continues to be a beehive of sporting activities.

Among other events, the state successfully hosted the inaugural Africa Youth Athletics Championship, and also adjudged to have put up a memorable spectacle when it hosted the Africa Women Championships. Okowa reiterated that sports had a lot of advantages including uniting people and also helping in projecting the image of the country.

He said he was impressed by the caliber of the members in the LOC and sure they would do a good job.

On his part, Ogba assured him that the LOC members would not disappoint anyone as they are ready to deplore every means to make Asaba 2018 an epoch-making event.

The erstwhile AFN boss promised to ensure that the private sector is fully involved in the organization of the event.

He said, “We are happy with the mandate given to us by the governor, as you know, Delta State have the track record and we are ready not just to keep the high standards but also raise the bar.”