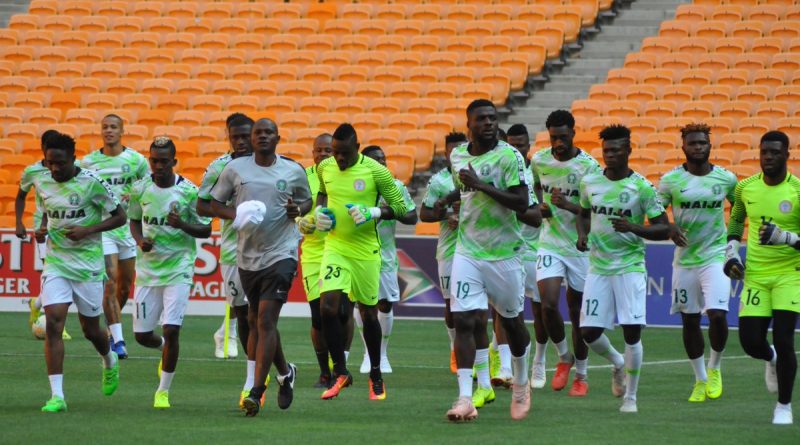 The Nigeria Football Federation has announced that the Stephen Keshi Stadium, Asaba will host next month’s 2021 Africa Cup of Nations qualifying match between the Super Eagles and the Leone Stars of Sierra Leone.

“We have finally settled for the Stephen Keshi Stadium, Asaba for the qualifying match against Sierra Leone. The match will be played on Friday, 27th March 2020,” NFF General Secretary, Dr. Mohammed Sanusi, said on Sunday.

The 15,400-capacity venue, named after former Nigeria captain and coach Stephen Okechukwu Keshi (of blessed memory), has hosted several international matches involving the Super Eagles and the Nigeria U23 squad, since it was opened two years ago.

Uganda was the first opposition entertained at the venue by the Super Eagles – in a friendly match – days after Nigeria sealed a 2019 Africa Cup of Nations ticket in South Africa in November 2018. The match ended scoreless.

The Eagles have since lashed Seychelles 3-1 (2019 AFCON qualifier) and pipped seven-time African champions Egypt 1-0 (a friendly) at the same venue, as well as enacting a scoreless draw with Zimbabwe in a pre-2019 AFCON friendly in June last year.

The U23 boys turned back Libya and Sudan in 2019 U23 AFCON qualifying matches at the same venue.

With the Nigeria Football Federation having picked March 27 for the first match, the Sierra Leone Football Association is now most likely to opt for Tuesday, 31st March (the final day in the FIFA window) for the return leg scheduled for the Siaka Stevens Stadium in Freetown.

Victory in next month’s Matchday 3 fixture against the Leone Stars will take the Super Eagles closer to the 2021 Africa Cup of Nations finals, as they currently perch at the top of their pool with the maximum six points from their first two matches and a goals difference of plus three. A 2-1 win over Benin Republic in Uyo on 13th November was followed by a 4-2 whiplash of Lesotho in Maseru four days later.

The Super Eagles have further dates against the Squirrels of Benin Republic in Cotonou (in June) and the Crocodiles of Lesotho in Nigeria (in September).