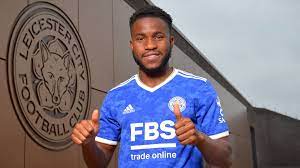 The club announced the deal via Twitter while tagging Lookman a “new superhero.”

The former RB Leipzig winger joined the Italian side in a €15m deal according to Italian transfer expert, Fabrizio Romano.

The length of Lookman’s deal and duration of his contract wasn’t announced immediately by his new club. Lookman has been on the move for most of his career which has seen him play at four English clubs and a German club in the last seven years.

The former Charlton winger was last on loan at Leicester where he scored nine goals and made five assists in 42 appearances.

He made his Super Eagles debut earlier this year in Nigeria’s ill-fated World Cup qualifiers against Ghana in Abuja. He has since gone on to score his first national team goal against Sao Tome and Principe in a game played in Agadir, Morocco.

Lookman is expected to jostle for one of the shirts in the wing positions in a team with a great attacking verve.