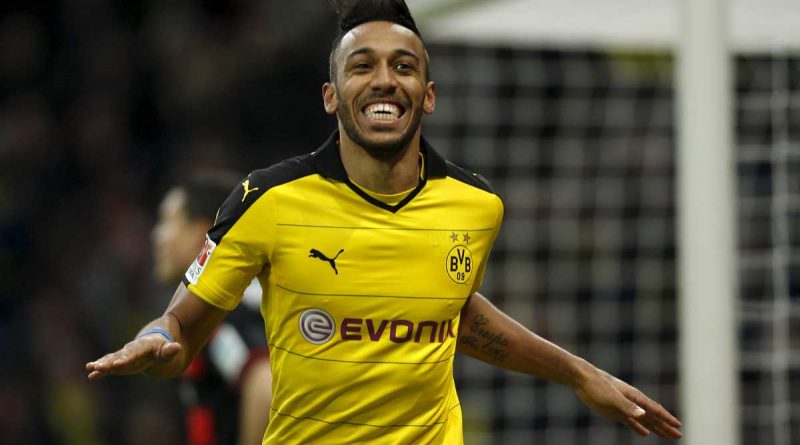 African Footballer of the Year, Pierre-Emerick Aubameyang is in line to retain his African Player of the Year crown after making the final three-man shortlist. The latest list was released on Thursday has the Borussia Dortmund and Gabon star in the pack.

The 27-year-old French-born forward is up against Leicester City and Algeria winger Riyad Mahrez and Liverpool and Senegal winger Sadio Mane for the prize.

Mahrez was the creative centre of Leicester City’s stunning Premier League title triumph, while Mane’s form for Southampton earned him a big-money transfer to Liverpool where he has continued to shine. The award night has been scheduled for Abuja on Jan. 5 by the Confederation of African Football and the event sponsor Globacom.

An initial list of 10 finalists was cut down to five earlier this month, but Mohamed Salah of Egypt and Algerian striker Islam Slimani have now fallen out of the reckoning.

Zambian midfielder Rainford Kalaba, Zimbabwean forward Khama Billiat and Ugandan goalkeeper Denis Onyango are the three contenders for the prize for best African player based on the continent.

The African Footballer of the Year is chosen by a poll of national team coaches and, for the first time, a panel of media experts.