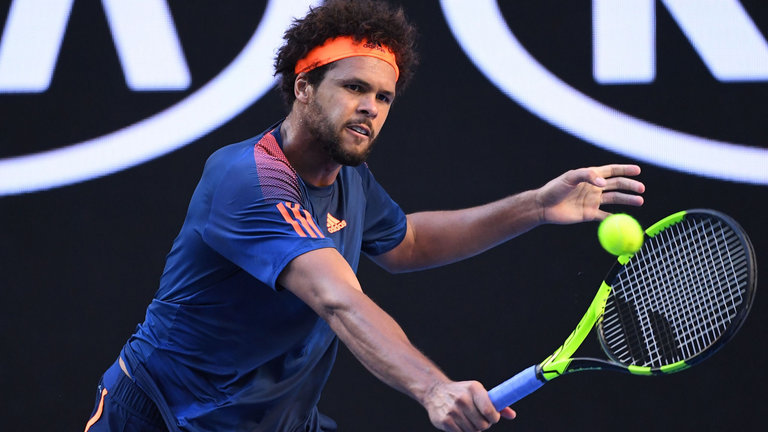 Nick Kyrgios kept home hopes very much alive in the men’s singles at the Australian Open with victory over France’s Jo-Wilfried Tsonga.

Kyrgios goes on to face Bulgarian third seed Grigor Dimitrov in the last 16, the BCC reports.

On a day when temperatures peaked in the afternoon at 40.2C, Kyrgios benefited from playing in the cooler night session.

Tsonga, 32, was one of the Australian’s childhood heroes and a finalist in Melbourne 10 years ago.

The Frenchman gave a serious examination of the man most likely to end Australia’s 32-year wait for a male champion, but Kyrgios held his nerve impressively in three tie-breaks.

“He is a great guy, a champion of the game, someone I looked up to as a kid,” said Kyrgios of his opponent afterwards.

“To be in the locker room with these guys, the first year especially, was surreal.

“Grigor Dimitrov is an amazing athlete who finished the year strongly last year, and the best-of-five sets might suit him. It will be a tough match.”

The margins were slim between two of the game’s bigger servers – both men finished with 28 aces – a Tsonga double-fault handing over the first set, before a delicate drop shot earned him the only break of the second.

Both had their chances in the crucial third set tie-break but it was Kyrgios who took his first opportunity with a backhand return.

Break points went begging early in the fourth, with Kyrgios finding a superb second serve under pressure at 30-30, 4-5, before Tsonga looked to be forcing a fifth set when he led 5-2 in the third tie-break.

A knee issue then looked to disrupt him and Kyrgios took full advantage, reeling off five points in a row to seal victory.

Tsonga was asked after the match about an altercation he had with a spectator in the third set, which prompted a furious response from the Frenchman.

“The guy was feeling safe because he was upstairs. I just tell him, ‘Come now to see if you feel the pressure or not.’ That’s it.”

Dimitrov earlier came through a tough match against 30th seed Andrey Rublev in the heat of the afternoon.

“These are most important matches when things are not working and I am able to find a way,” Dimitrov, 26, said.

“Physically I am feeling good and the heat didn’t scare me. That is a good sign.”

Asked about the prospect of facing Kyrgios, and the majority of the crowd, Dimitrov said: “I’ve done it many times before.

“I’ve played against the local, so to speak. That’s part of the game.”