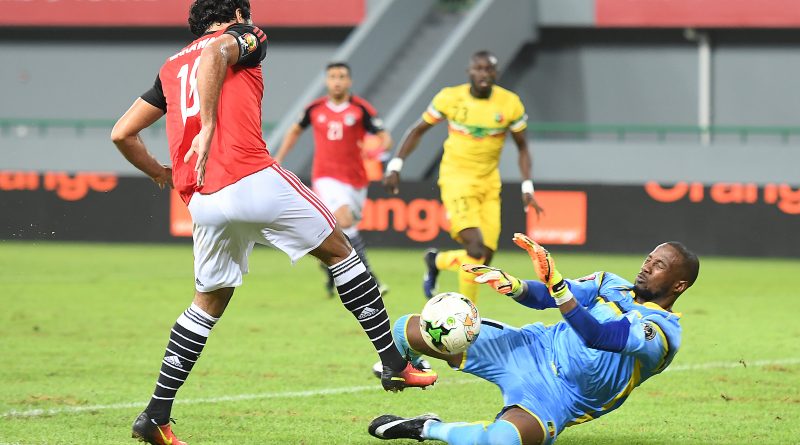 Runners-up in 2015, Ghana started their latest Africa Cup of Nations bid with victory over Uganda thanks to Andre Ayew’s penalty on Tuesday, while Egypt drew 0-0 with Mali on their long-awaited return to the tournament, AFP reports.

A terrible playing surface in Port-Gentil contributed to making it a disappointing day of football, without a goal from open play, that completed the first round of fixtures in the group stage of this year’s competition in Gabon.

Ghana are now in control of Group D and are one of only three teams to have won a match so far along with Senegal and DR Congo.

West Ham United star Ayew converted from the spot just after the half-hour mark in the day’s first game after Isaac Isinde had fouled Asamoah Gyan inside the area.

Ghana then withstood Ugandan pressure in the second half to win 1-0 and end their poor recent record against the Cranes that had seen them fail to win in three encounters in qualifying for the 2015 Cup of Nations and 2018 World Cup.

“We can play better. In the first half we dominated the game but in the second half we knew the result was the most important thing and we played to win,” said Ghana’s Israeli coach Avram Grant.

The Black Stars, who lost on penalties to the Ivory Coast in the 2015 final, are looking to win the trophy for the first since 1982.

Their hopes will not be helped if they lose left-back Abdul Rahman Baba of Schalke, who was stretchered off in the first half with an apparent hamstring injury. Grant later described the player’s prospects of recovering as “50-50”.

Uganda were making their first appearance at the Cup of Nations since 1978, when they lost to Ghana in the final, and they will have to wait a little longer for their first goal and win at the competition in almost four decades.