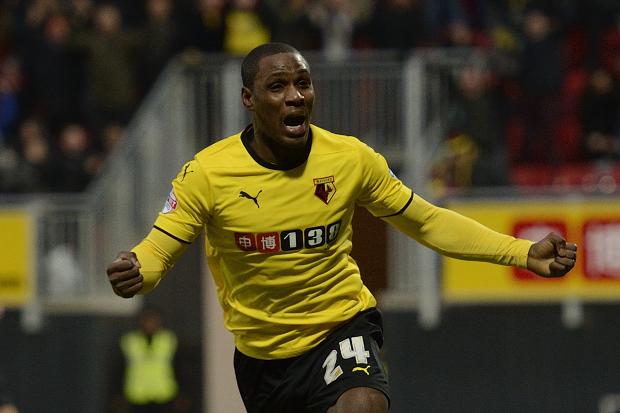 WEST Bromwich Albion are looking to pull off a double swoop of Hull’s Jake Livermore and Watford striker Odion Ighalo.

Extrasportsnigeria.com learnt the Baggies have had a £10m bid accepted for midfielder Livermore after the two clubs held negotiations this week.

And according to the Telegraph report in London, Livermore will undergo his medical at the Hawthorns on Thursday afternoon before putting pen to paper on a contract. The player will become the Baggies’ first signing of the January transfer window when the deal goes through.

And there’s the likelihood that he could be joined by out-of-favour Super Eagles striker Ighalo as boss Tony Pulis looks to bolster his squad as they push for a top 10 finish. The two clubs are currently in talks over a fee for the player although it is believed Watford will cash in if the offer is right.

The Watford forward has struggled to cement his place in Walter Mazzarri’s side having hit the back of the net just once in the league this season. The striker has also continued to struggle for a place in the Nigeria squad.

The 27-year-old looks a shadow of the talented striker that bagged 15 Premier League goals last season.

However it is believed Pulis obviously feels he can get the best out of Ighalo as he looks for a striker to partner Salomon Rondon.

If the ex-Stoke boss does pull off the signing it could spark a transfer frenzy with wantaway striker Saido Berahino braced to leave.