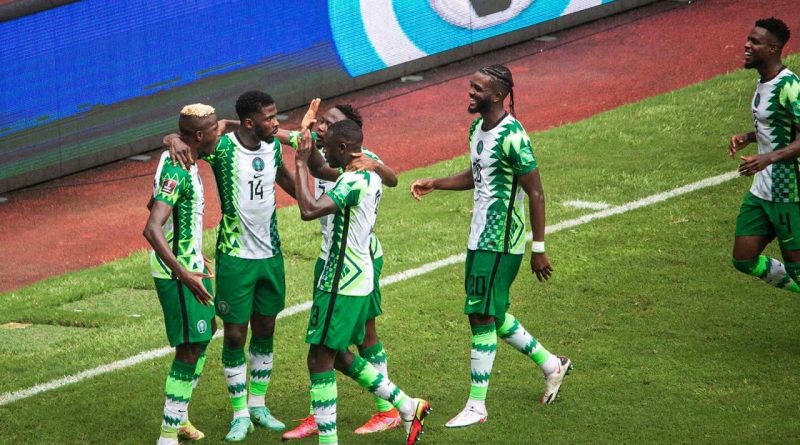 Nigeria’s Super Eagles got their revenge in a 2022 FIFA World Cup qualifying match as they defeated the Central African Republic 2-0 at Stade de la Réunification in Douala on Sunday.

Nigeria had slumped to a shock 1-0 defeat against CAR in Lagos on Thursday, but redeemed themselves to stay atop Group C, after Cape Verde won the game at home 1-0 against Liberia also on Sunday.

Nigerian fans got the big shock following the defeat as pressure mounted on coach Gernot Rohr but the Eagles have delivered a timely response.

Leon Balogun atoned for his costly mistake in defeat to the CAR by opening the scoring in the 29th minute of the match in Cameroon. The defender provided a striker’s finish after staying up-field and profited from a precise Chidozie Awaziem cross to fire the visitors in front.

The Eagles made it 2-0 before the break as defensive partner William Troost-Ekong found Victor Osimhen who finished with aplomb from close range to build on his impressive scoring record at international level.

This forced the hosts into a change of approach after the interval but Nigeria held firm and they will go into the November round of qualifiers holding at least a two-point lead with two matches remaining.