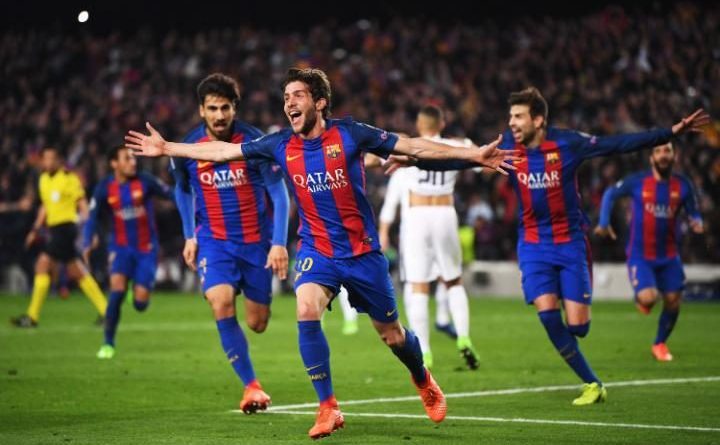 Two weeks ago Barcelona suffered an emphatic 4-0 defeat in Paris but outgoing coach Luis Enrique was confident his side could “score six” to advance and they did in what has turned out the most remarkable second-leg comeback in the history of the competition.

No team had ever overturned a 4-0 first-leg deficit until Barcelona did Wednesday night pushing aside the mistake-prone resistance of the Paris Saint-Germain army at the Camp Nou.

Barca had been off the pace this season, leading to Enrique to confirm he would leave at the end of the season, but they were back to their best on the weekend, scoring five goals against Celta Vigo – the amount that they initially required on Wednesday night.

A small mention must go to Neymar, the Independent reported. All the pre-match build-up had focused on Messi and what the Argentine wizard would bring to the game but, on the big occasion, it was his South American counterpart who stepped up to the plate and delivered. His energy was infectious and his composure on the ball gave little indication that that this was an all-or-nothing showdown in the last-16 of the Champions League. His stunning free-kick was what kick-started Barcelona’s late, late fightback before his penalty kick three minutes later put the home side in reaching distance of the impossible. And then, in a moment of sheer class, he floated in an exquisite delivery to set Sergi Roberto up for the winner. An inspired evening from the Brazilian indeed.