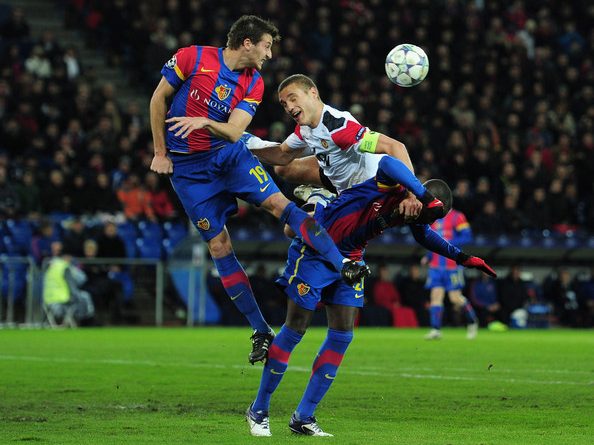 CSKA Moscow would still need a dramatic turn of events at Old Trafford in just under a fortnight’s time to progress at United’s expense. But Jose Mourinho’s side only have themselves to blame for failing to secure the point here that would have guaranteed qualification for the knockout stages and, with it, first position in Group A.

They were not scintillating in the first half by any means by they were firmly in control and missed enough chances to kill the game. But that control evaporated after the interval, United’s tempo dropped, possession was squandered cheaply, the defending left much to be desired, and it was little surprise in the end to see Michael Lang claim a dramatic last-minute winner for Basel.

The manner of the goal summed up their second half. Renato Steffen swept the ball out wide to Raoul Petretta on the left. Matteo Darmian was too slow to come across and the Basel midfielder was able to drill over a low cross that took out three United defenders before finding Lang to slot home at the far post ahead of Daley Blind.

Wrapping up qualification and, with it, top spot in Group A may have been a priority for Mourinho but four straight wins had afforded the manager some flexibility with his line-up, which was as revealing for whom he had left out as who he had included.

And there was an interesting exchange between David De Gea and goalkeeping coach Silvino Louro before kick-off. De Gea, who was not named in the 18 after being given a rare night off, was sat in the dug-out, headphones in, when a clearly irritated Louro bounded over from the other side of the pitch and motioned to De Gea to get up and return to the dressing room. All very strange indeed and so the result could also be for some Man United fans.