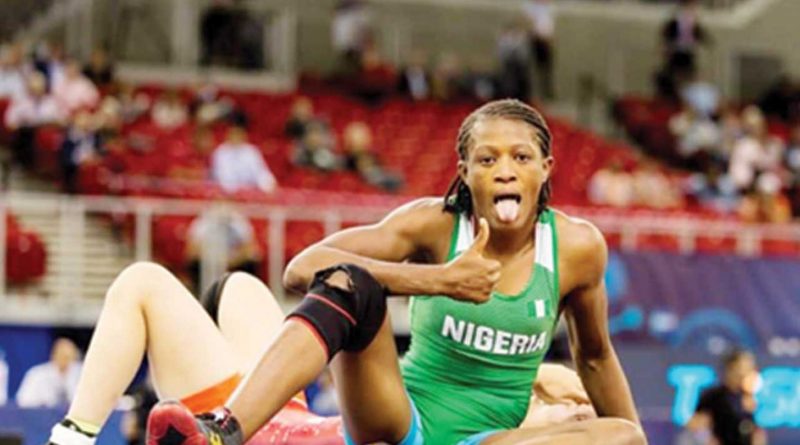 The medal chase for Team Nigeria continued through Thursday in the 2022 Commonwealth Games holding in Birmingham as Odunayo Adekuoroye wrestled to a gold medal.

The very consistent wrestler was tipped widely to win a medal and she lived up to expectation by winning the gold medal.

The Ondo State-born Adekuoroye secured the classy medal in the Women’s 57kg Freestyle Wrestling category after beating Anshu Malik of India. The scorecard read 7-3 at the end of the fight. It was a huge feat for the Nigerian as Malik was ranked Number 1 while she was Number 3 prior to the Games.

Thursday’s victory means the Nigerian has made it a gold to gold outing having also won gold medal in the same event at 2018 Commonwealth Games in Gold Coast, Australia. She is also the African champion.

Victory for Adekuoroye also comes like a consolation for the failure at the Tokyo 2020 Olympics. She wept so much in Tokyo after missing out of the medals. On Thursday it was all jubilation for the wrestler.

Adekuoroye defeated Canada’s Hannah Taylor in the semi-final with a stunning 10-0 score.

In another bout, Esther Kolawole won a bronze medal.