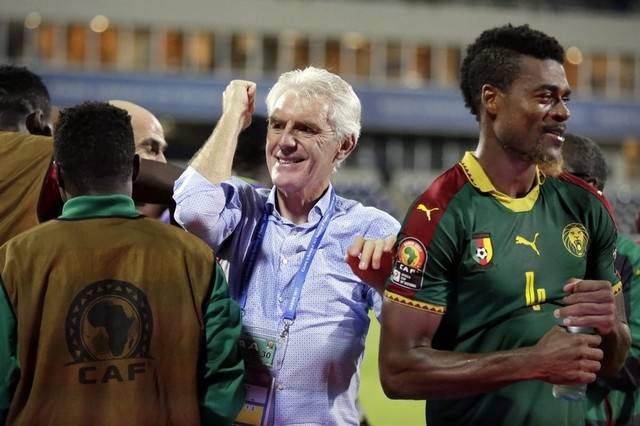 Nigeria may face Cameroon for the World Cup qualifiers in August with a new coach as the Africa Cup of Nations-winning coach Hugo Broos has threatened to quit over management and funding problems in the national team set-up.

Broos, who led the team to the trophy in Gabon in February, said he is “seriously considering whether I should continue or not”.

He also told the BBC his players and staff have to work in “poor conditions” while Cameron Football Federation officials “sit in their chairs doing nothing”.

“One year ago when I started working with Cameroon I met many problems. Despite all this we worked hard and reached a new level. But the working conditions are not professional,” he said.

“For example, when we had to go to South Africa last year we were forced to wait for more than two hours on a plane because some officials wanted to put more people than necessary on the plane. It is not fair to pay for other people’s mistakes.

“Also when we went to Nantes the doctor had to pay for some drugs and bandages with his own money for the first two days. He has yet to be refunded.

“We travelled without training kit and equipment because it was too expensive to put it on the plane.

“At mid-day before the match against Guinea, the players didn’t have lunch because the hotel had not been paid. The bad performance against Guinea was a consequence of the poor preparations we had.

“No food? Hotel not been paid? This is the national team. We want better conditions.

“Today I am saying that this is the last straw.”

Cameroon’s Football Federation (FECAFOOT) said on its Twitter page that it would launch an inquiry into what led to the comments from Broos.