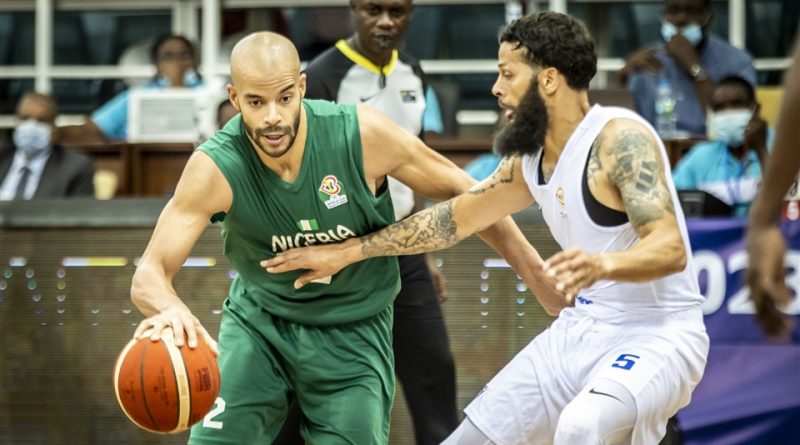 The islanders punished the Nigeria’s defense by hitting 12-of-34 shots from beyond arc. Jeff Xavier and Joel Almeida contributed 14 points apiece, and Anderson Correia came off the bench to get away with a game-high 15 points for Cape Verde

It was Nigeria’s third straight defeat at major African tournaments, having lost to Cote d’Ivoire and Uganda in their last two games of AfroBasket 2021 three months.

“We didn’t come here to lose to anybody,” said Nigerian Keith Omoerah who contributed a joint team-high 13 points with Ike Diogu.

Reserve Anderson Correia’s thunderous dunk with 3:22 minutes left not only tied the game at 66-66, and sent fans inside the arena into frenzy, but it also turned out to be a game-changer.

Anderson Correia may have turned the ball over five times, but his impact at both ends of the floor proved vital for a Cape Verde, a team that looked more energetic and desperate to win the game.

The biggest difference between the two sides lied on the perimeter line where Cape Verde buried 12-of-34 shots compared to Nigeria’s 3-of-26.

Nigeria stepped on the floor knowing that they need to return to winning ways after a disappointing AfroBasket 2021 campaign, but facing a highly-motivated Cape Verde team that reached the Semi-Finals of the African Championship three months proved challenging for Nigeria.

It was a highly-contested game as the 18 lead changes show, but picking five fouls early in the fourth quarter not only put Cape Verde in a bonus situation, but it also limited Nigeria’s attempt in fight back fourth at the end of regulation, the better team won the game.

Nigeria head coach Julius Nwosu said, “It was a very good game. We came out and did a lot of the things we planned in our game plan to do. They came out and executed their plays. And they showed why they have been together for many years. It’s a team that is always together. To me, my team did very well. It’s just that we needed a little more time.

“Our guys are pro, whereas these Cape Verde players are mostly locals. It’s just an issue with (our) programme. Keith Omoerah is here with us now, but he might not be next time because of his club.”