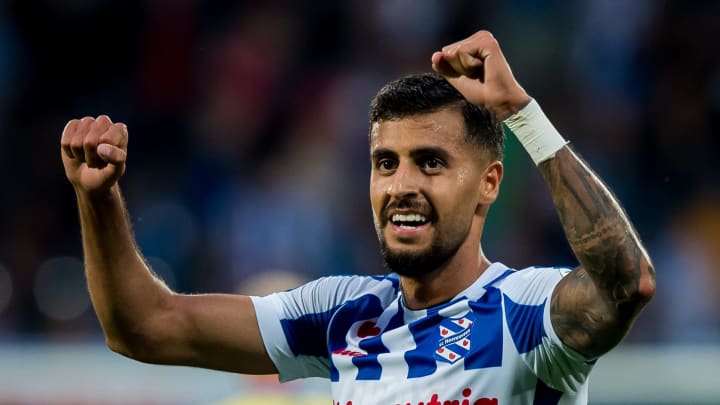 A SWEDISH footballer has been ruled out of action for weeks – after  breaking his jaw eating a carrot.

Rami Kaib had already taken a knock during a league match for Dutch side Heerenveen.

But then he sustained the shock blow when getting his veggies in.

Omrop Fryslan reporter Roelof de Vries told RTV Noord: “Kaib got a big knock on his jaw during a game a while ago.

“He just continued training, and of course eating. Well, he ate a carrot and that carrot was quite hard. And then, crack – broken jaw. A carrot!”

Kaib, 24, started Heerenveen’s opening two Eredivisie fixtures of this season – the wins over Go Ahead Eagles and Waalwijk.

But the former Sweden Under-19 international left-back – who joined from Elfsborg in his homeland in January – has been forced to sit on the sidelines until the bizarre fracture heals.

Eating a carrot is up there with the most bonkers methods of footballers getting injured.

The sun.co.uk reports that there have been past incidents like this one. Dave Beasant dropped a bottle of salad cream in his kitchen and tried to control it with his bare foot. The bottle ended up breaking and tearing a tendon in his big toe, ruling the goalkeeper out for two months.

Rio Ferdinand strained his knee after resting for too long to play PlayStation, David James once pulled a back muscle grabbing the TV remote and Charlie George cut off a finger with his lawnmower.