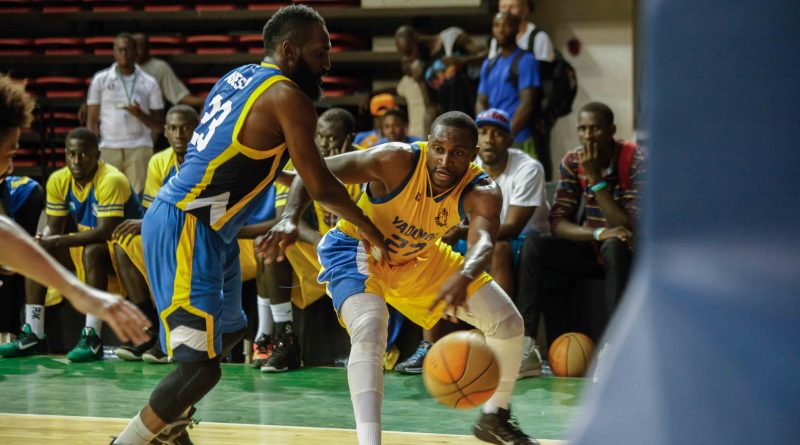 The Final-Four playoffs of the Continental Basketball League have been confirmed to hold at the Teslim Balogun Stadium in Lagos. The playoffs had been scheduled for Libreville Gabon but an official attached to the event explained that challenges unforeseen with the earlier venue forced them to stay back in Lagos, Extrasportsnigeria.com reports.

The playoffs will tip off June 3 with the match between Abidjan Raiders and Yaoundé Giants at 4:00pm local time. The next match of the same day will be between Eko Kings and Lagos City Stars at 7:00pm. This match will be a war in every sense of the word after the Kings snatched a win from the City Stars after trailing largely until less than a minute to the buzzer. The winners will play the final match the following day by 5pm.

The six teams in the May Madness tournament returned to Lagos late on Thursday arriving at the Murtala Muhammed Airport aboard a chartered ASky airline flight. The contingent had left Lagos for Yaoundé, Cameroon on Sunday, May 21. Five games were played over three days in the Central African country with Eko Kings coached by Ayo Bakare maintaining their unbeaten run.

One of the major highlights of the closing events for the Continental Basketball League in Yaoundé was the introduction of the All-Stars team to the public. Ayo Bakare of the Eko Kings and his former player Godwin Owinje will coach the West Team. The game is billed for this Sunday at the Teslim Balogun Stadium, Lagos from 4pm.