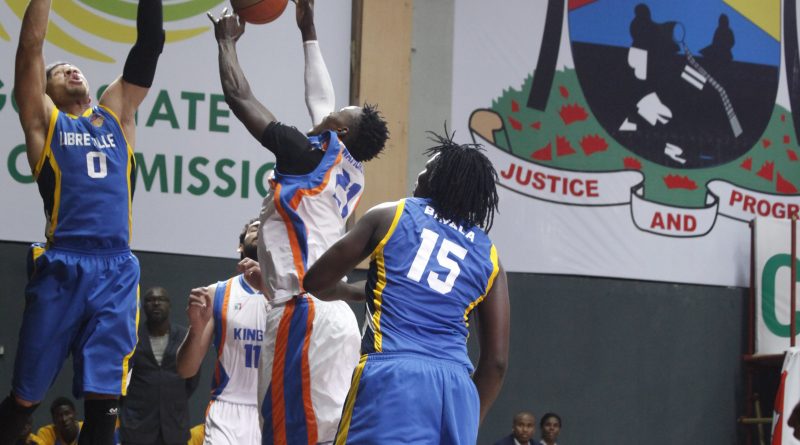 Coach of Libreville Izobe Dragons, Jason Reteno has lamented their defeat in the hands of Eko Kings as the Continental Basketball League continues in Lagos at the Teslim Balogun Stadium.

Libreville, Gabon based side lost 86-77 in one the most entertaining games so far in the May Madness tournament. The Dragons had started off very well winning the first quarter 29-20 and leading through the break at 54-48. The Eko team covered up and took the lead narrowly at 73-72 when the third quarter ended. Having established the lead, they stayed up to win the match at 86-77.

The Dragons used seven-man rotation which Reteno said contributed to their loss.

He Extrasportsnigeria.com, “This was a very good game and you know we started very well but it better quite tough using a 7-man rotation all through. It truly would have been a lot easier if we had the full complement of our side but that was not just possible. You could see that we got tired out quickly and that counted a lot.”

Kings point guard Mark Hill said it was a balanced match even though his side won.

“Those guys can shoot; whether they used 3 or 5 men it didn’t matter because they really jumped at us shooting. We just had to take the fight back at them to catch up and win,” Hill said.

And reacting to the fatigue claim of their opponents in the Tuesday night game, Hill said his side also had stamina problem to deal with.

The American who shot 16 points that night said, “You know we are the only side to have played 3 games in three days and so we were also a bit tired. It would have been a lot easier for us if we had a break before this match but we couldn’t get that.”

In the match, Kenya’s Tom Bush Wamukota ruled the boards with massive 8 blocks and 15 rebounds at both ends of the board to the admiration of the crowd. He added 3 assists and 18 points to achieve a double-double as his side won the contest.

American Jared Grady of Izobe had 6 assists but it was Anthony McDonald who led both sides in scoring hitting 23 points.

Izobe Dragon’s next game is against Abidjan Raiders on Friday at 4pm.