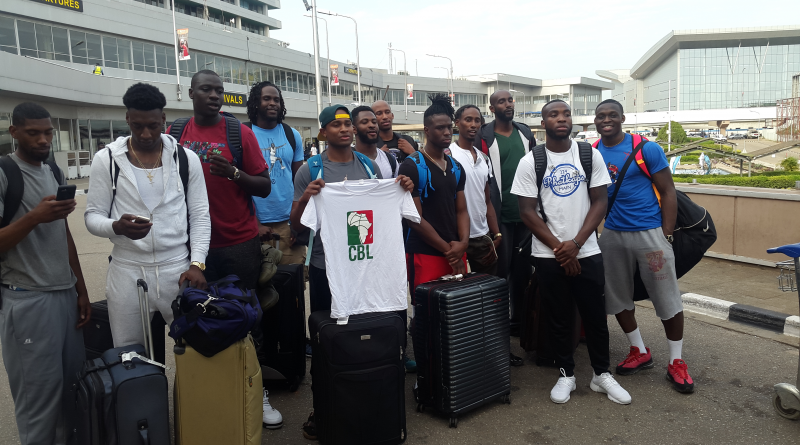 The round robin challenge continues with matches on Monday, Tuesday and Wednesday before the teams return to Lagos on Thursday for the next stage. The entire Yaoundé and indeed Cameroon will light up at 7pm local time with the game between Lagos Warriors and the Raiders as they battle against each other in one of the toughest basketball games to be seen in the country.

The CBL Africa tournament which began at the Teslim Balogun Stadium in Lagos May 12 will run through June 4, as the teams continue to go head-to-head against each other. When the teams return to Lagos from Cameroon, the best-of-the-best in basketball will hit the court on the 27th and 28th of May for the tournament’s All Star weekend. In the same package celebrities will play against basketball veterans, and youth players, three pointers will be flying, and of course the highly anticipated Slam Dunk contest.

Before the teams left Lagos, Eko Kings and Yaoundé Giants met late on Saturday in one of the best games of the tournament so far. Both teams had not lost any match going into the encounter and the understanding that one loser must emerge at the buzzer fired up the teams. The Kings led by Ayo Bakare won the game 83-76. Giants coach Pepuona Munyutu Souleyman said the match in the first two quarters.

He said, “We lost the game in the early part. When you trail a team like this by 15 points at the break you are going to run yourself out of steam trying to catch up. And that’s exactly what happened.

“We hope to reduce the influence of their point guard on the game but that didn’t work out well and that made a lot of difference. But that’s basketball; we have seen the other team better today going forward. There are still a lot of games left to play and I am sure we could meet again in the Final-Four playoffs.”

The result means that Eko Kings have won all four games played so far and lead the other five teams. They are followed by the Giants who will be playing in front of their fans in the next three days.

Before that match Warriors won their first match by beating Izobe Dragons 107-97.