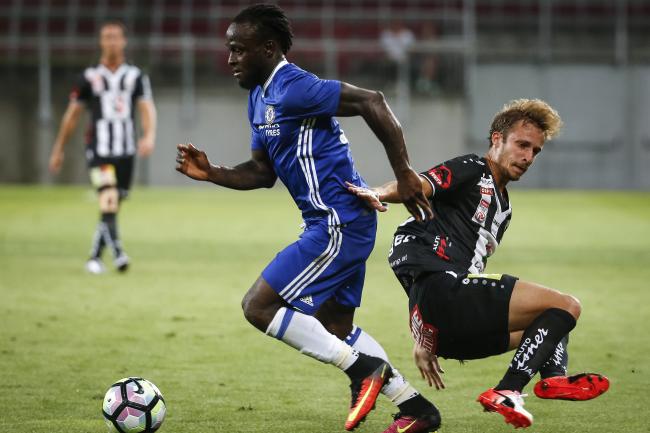 Chelsea stretched their lead at the top of the Premier League table to 11 points after victory over battling Swansea City at Stamford Bridge.

This was a 12th consecutive home success, equalling a club record, with Antonio Conte having triumphed in all but one of his matches in this arena since taking charge last summer.

Cesc Fabregas marked his 300th Premier League appearance by putting the Blues ahead, poking the ball through the legs of Jack Cork and into the net.

Nigeria’s Victor Moses made his 50th start for the Blues and he was subbed out in the 85th minute.

The hosts were stunned when Swansea equalised from their first serious attempt on target on the stroke of half-time – Fernando Llorente heading in Gylfi Sigurdsson’s free-kick. Moses got the flak for the equaliser scored by as the wingback was caught ball watching, which allowed Llorente to sneak behind him to deliver.

Fabregas hit the bar before Pedro’s curling effort restored the lead and Diego Costa netted the third from close range.

Swansea were denied a penalty when Cesar Azpilicueta handled inside the area at 1-1.

The match between Manchester City and rivals Manchester United has been postponed which gives the Stamford Bridge team the opportunity to enjoy the huge lead a longer time.