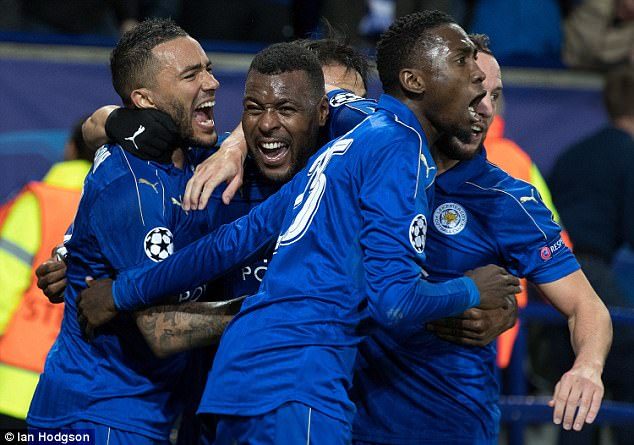 The English Premier League title race took a real check on Saturday after leaders Chelsea suffered a shock 2-1 defeat at home to Crystal Palace, enabling Tottenham Hotspur to cut the gap at the top to seven points after their 2-0 win at Burnley.

Liverpool won a feisty Merseyside derby against Everton 3-1 at Anfield to move into third place as Chelsea’s pursuers were all given fresh hope after Antonio Conte’s side lost their first league match at Stamford Bridge since September.

The unlikely reverse at the hands of Sam Allardyce’s resurgent Palace left Chelsea on 69 points with Spurs having moved on to 62 and Liverpool on to 59, though the Reds have played a game more than the top two.

Such has been Chelsea’s dominance at the Bridge this season that once Cesc Fabregas had put them ahead after just five minutes, it all promised to be plain sailing towards an 11th straight home win in the league for the Blues.

Yet two splendid goals from Wilfried Zaha and Christian Benteke in the space of three minutes soon after changed the complexion of the game with Palace then defending stoically to earn the unlikeliest of wins.

Chelsea battled without Nigeria star Victor Moses who remained out injured and Conte could not hide the fact that he was dearly missed at right wing-back position.

“Victor is an important player for us and he is having a great season, but Pedro played a really good game,” head said in a post game interview.

Spurs had appeared to be labouring at Turf Moor without injured striker Harry Kane and they lost Victor Wanyama and Harry Winks – the latter to what appeared a serious ankle injury – before the interval.

Yet Eric Dier and Son Heung-min struck in the second half to earn the points.

With Chelsea on Wednesday next facing Manchester City, who currently lie fourth on 57 points and who first face Arsenal on Sunday, the Blues’ defeat gives a markedly different feel to the title race.

Jurgen Klopp became the first Liverpool manager to win his first three Merseyside derbies as his side enhanced their top-four push with an important triumph with goals from Sadio Mane, the inspired Philippe Coutinho and Divock Origi.

Liverpool made it 17 league matches unbeaten at Anfield against their city rivals after Mane’s brilliant early individual effort was answered by a first goal for Everton from Matthew Pennington.

The youngster, though, was bamboozled less than three minutes later by the skill of Coutinho, who curled a delightful shot into the corner before sealing his masterful display by putting in substitute Origi.

The Super Eagles midfielder opened the scoring in the 25th minute at a bouncing King Power Stadium as the Foxes continued their impressive form of recent weeks.

Danny Drinkwater won possession for the hosts and teed up the Nigerian international who proceeded to rifle an unstoppable 30-yard effort into the top right hand corner past a shell-shocked Lee Grant in goal for the visitors.

The goal became Ndidi’s first for Leicester City in the Premier League.

Ndidi had also scored one right out of the top drawer for the club in the 3-1 FA Cup win over Derby County on February 8.

The 20-year-old joined Leicester from KRC Genk in January for €17.6 million.

He has made 13 appearances for Leicester City in all competitions since his move from Genk in January.