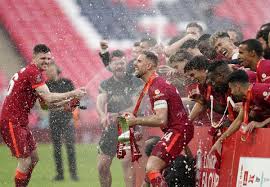 Chelsea became the first team to lose three consecutive FA Cup finals after Saturday’s loss to Liverpool at Wembley. Chelsea lost via penalty shootout after the game remained goalless even after the extra time.

Konstantinos Tsimikas converted the deciding penalty to win it 6-5 for Liverpool to keep their quadruple hopes alive.

The loss now means that while it was their second cup final loss of the season to the same Liverpool, they have now lost the last three FA Cup finals they have played in.

Despite dominating play in the extra time and coming back level during the spot kicks after Mendy saved from Mane, Mason Mount missed in the sudden death and gave Tsimikas the opportunity to win it for the Reds.