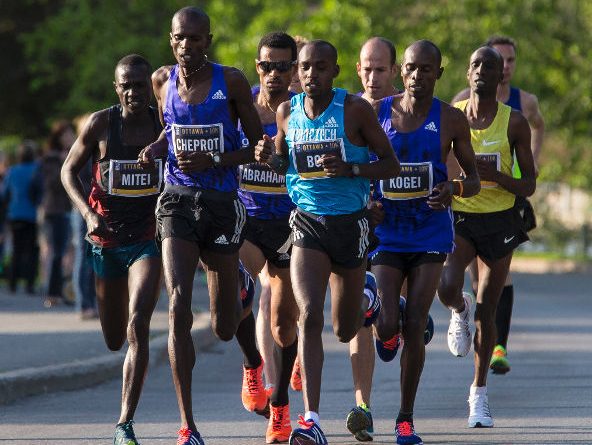 Kenya’s Simon Cheprot will be hoping to make history as the first man to successfully defend the men’s title when the fifth edition of the Okpekpe International 10km Road Race gets underway next weekend in Okpekpe, near Auchi in Edo State – in the southern part of Nigeria, Extrasportsnigeria.com reports.

Cheprot is one of the elite athletes confirmed for this year’s race and will now have the chance to achieve what fellow countrymen Moses Masai (2013 winner of the inaugural edition of the race) and Alex Korio (2015 winner) failed to accomplish.

Born on July 2, 1993, Cheprot is a gold level 10km runner and holds a personal best of 27.41 seconds and has consistently broken 28 minutes in the race since he ran 27.57 seconds in 2012. And so much is being expected from him as he runs in Nigeria next week.

In March 2016 he was sixth at the IAAF/Cardiff University World Half Marathon Championships held in Cardiff, Wales where he ran 28.00 minutes in the first 10 kilometres of the race before coming to take the Okpekpe title two months later.

Even as the world awaits Cheprot’s arrival in the West African country, the organisers of the only IAAF label 10km road race in Africa in 2017 have restated their readiness to hold a bigger and better event this time.

Race Director Zakari Amodu says the first and only race in Nigeria to be a member of the Association of International Marathons and Distance Races (AIMS) will live up to its billing as one of the prestigious road races in the world.

Amodu said, “Everything is set for a good race.

“The IAAF has set requirements for us to follow as a bronze label event and I can tell you we have met all the requirements and have even moved several steps higher. What we are waiting for is just for the race day to be here so that we can put into practice all we have been doing in terms of keeping to the requirements.”