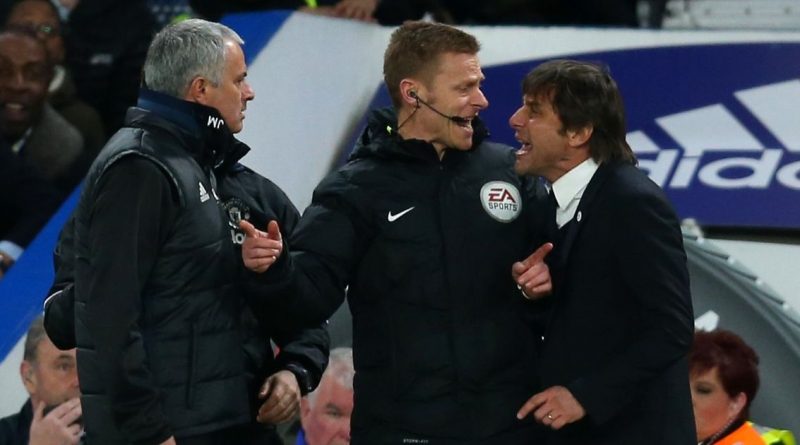 Chelsea manager Antonio Conte has claimed it is ‘not important’ that he failed to shake Jose Mourinho’s hand after his side beat Manchester United 1-0 on Sunday.

Alvaro Morata scored the only goal of the game at Stamford Bridge as Conte’s men recovered from a disappointing midweek loss in Rome to clinch a hard-fought home win.

However, the antics of both managers after the game got everyone looking beyond the three points won and lost. Just as the full-time whistle sounded, Conte chose to ignore Mourinho on the touchline and instead went to celebrate with fans behind the dugout before moving onto the pitch to congratulate his players.

Mourinho appeared to briefly wait to see if Conte would partake but when it was clear the Italian had snubbed him the Portuguese shook hands with members of Chelsea’s backroom staff before heading down the tunnel.

After the celebrations had come to an end, Conte downplayed the significance of exchanging post-match pleasantries.

Mourinho also went on to downplay the incident, commenting, “Conte disappeared, so I shook hands with assistants, basically same.”

Tensions were high between the two managers going into today’s game after the pair exchanged blows earlier this week.

Mourinho stepped up the feud by once again declaring rival bosses complain too much about injuries — a criticism which riles Conte.

The Italian swiped back by saying that Chelsea’s title win last season was a ‘miracle’ given that he had more or less the same players who had finished 10th the season before, under Mourinho.