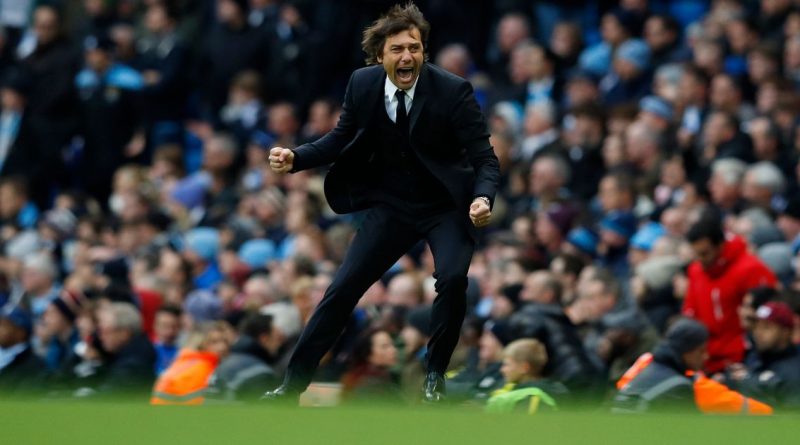 It sounds like crazy and funny but Chelsea coach, Antione Conte has said that Tottenham Hotspurs are better positioned to win the English Premier League this season than the Stamford Bridge team.

With Tottenham losing 1-0 against West Ham United last Friday, Chelsea only need to win against Middlesbrough on Monday and claim another 3 points at the Hawthorns against West Brom on Friday to emerge champions of England, even before Tottenham hosts Manchester United on Sunday.

But speaking ahead of the match at Stamford Bridge against ‘Boro, Conte said, “Tottenham, last season, fought to win the title and Chelsea came 10th. You can see our transfer market and Tottenham’s transfer market.  I think Tottenham, in their project; have an advantage if you compare them to us. This is my first season and I found a lot of situations, a lot of players.

“Pochettino has been working there for three years and has changed a lot of players and is working very well.

“In this season, if Chelsea had not performed in this way, Tottenham would win the title without difficulty.

“Only this great season (from Chelsea) is pushing them to fight to win or not to win the title. But, I repeat, Tottenham’s position for me is more advanced if you compare Tottenham to Chelsea.”

Chelsea have been free from the distractions of European football on account of their 10th-place finish in 2015/16, while Tottenham had a disappointing UEFA Champions League and Europa League outing this season.