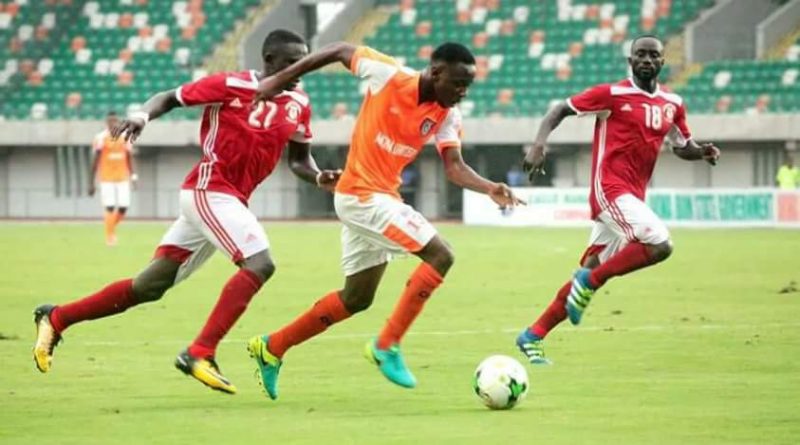 Nigerian league champions, Akwa United failed in the first hurdle of the CAF Champions League on Sunday as they were knocked out of the continent football with a second leg 2-0 (aggregate  2-1) loss at Algerian club CR Belouizdad.

The Algerians had lost last week in Uyo to a lone goal scored three minutes from time at the Nest of Champions. Coach Kennedy Boboye brought in Mfon Udoh and Akarandut Orok as late substitutes in 60 minutes but that could not have any effect as the Algerians held on to their advantage.

Back in Port Harcourt, Nigeria’s other entry in the CAF Champions League, Rivers United scaled through to the next round following a 1-0 win against Tanzanian club Young Africans at the Adokiye Amiesimaka Stadium.

The Port Harcourt team scaled through 2-0 on aggregate.

Rivers United will face Al Hilal of Sudan next month in the playoffs.

In the CAF Confederation Cup, Bayelsa United also advanced into the next round after a 4-2 win against Ashanti Golden Boys of Guinea.

The Yenagoa club raced into a 3-0 lead after 35 minutes courtesy of goals from Favour Martins, Okardi Inikurogha and Emo James. Okardi scored the fourth goal for the Yenagoa club in the second half. Moussa Keita bagged a brace for the visitors in the game.

Bayelsa United will face Tunisia’s CS Sfaxien in the next round.