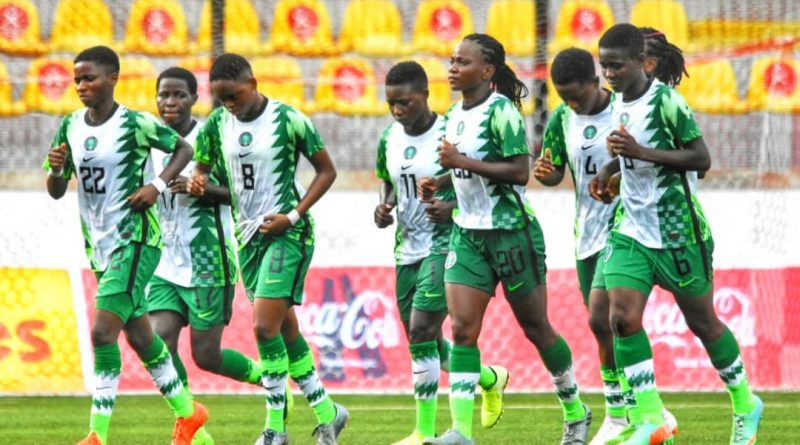 Nigeria’s Falconets are very hopeful they can grab all three points late Thursday night when they go up against France. It is their opening match of Group C in the 2022 FIFA U20 Women’s World Cup finals taking place in San Jose, Costa Rica.

The Falconets departure to the South American country was clearly overshadowed by the reports from Birmingham over Nigeria’s impactful exploits at the Commonwealth Games. The Falconets managers have, however, confidently said they are determined to give Nigerians reasons to celebrate. The results the team got in the qualifying series speaks a lot about their quality.

In the African qualifying series, the Falconets hit 11 goals past Central African Republic in the second round. They then thrashed Republic of Congo 4-0 in Brazzaville and the result was so discouraging for the Congolese that they failed to turn up for the return leg in Nigeria. Nigeria’s hot rivals Cameroon came on next in the fourth round and they were beaten 3-0 on aggregate. The final qualifying fixture against Senegal was effectively over after Flourish Sabastine hit a hat-trick away in Thies, before the home team got a consolation goal from the spot late in the game.

Coach Christopher Danjuma spoke on Wednesday via the Nigeria Football Federation media to give assurances about today’s game.

He said “The World Cup stage is about players mentality; we have prepared the team very well in that area. You have to go out there, aim to be the best and work hard to be the best. It is not picnic. I believe that these girls will do Nigeria proud.

“Playing seven matches in the African qualifying series toughened the team very well, and we have also worked on their psyche. Having reached the Final twice and made the semi finals once, the Falconets have pedigree in this championship. We cannot afford to falter. We will take it one match at a time, beginning with the game against France.”