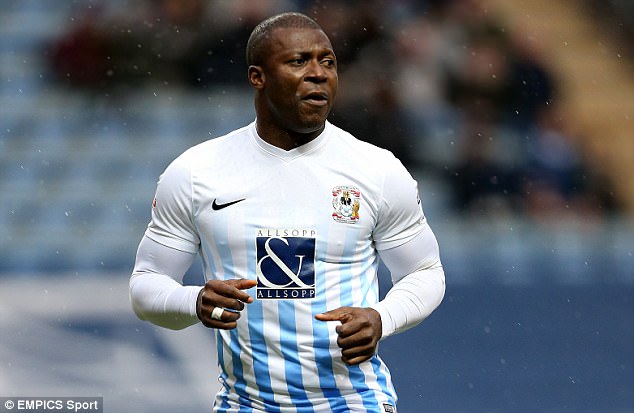 Coventry have terminated Yakubu Aiyegbeni’s contract after the striker played just 69 minutes of football for the club.

The former Everton striker joined the Sky Blues on a deal until the end of the season back in February while Russell Slade was in charge.

But after only three appearances, accumulating in just over an hour of football, Coventry have terminated the deal with immediate effect, Mailonline reported.

The former Super Eagles hit man was hampered by a knee injury which he sustained against Swindon at the end of February, a game which would prove to be his last for the League One club.

Yakubu joined the team six months after his deal with Turkish club Kayerispor had ended. His debut for Coventry, a 61st-minute substitution against Wimbledon, was his first competitive game since April 2016.

At his best, the striker proved a formidable foe for opposition defences. In 2007, he became Everton’s record signing at £11.25million and scored 25 goals in 82 league games for the Toffees. At the national level, Yakubu was once a formidable attacker for Nigeria. He was a guest of the Eagles last month when Nigeria and Senegal played a friendly match in London.

He also enjoyed successful spells at Leicester and Blackburn before making fleeting appearances for other clubs.