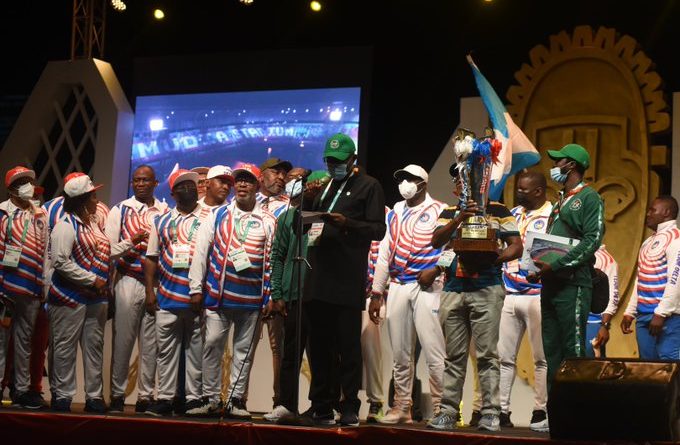 Delta State has won the 20th edition of the National Sports Festival held in Edo State between April 2 and 14.

The dominant state emerged champion of the competition with 158 gold, 116 silver, and 110 bronze medals. Delta led all other states and the FCT in all categories of the medals.

Delta State was also named as host of the 21st edition billed for next year on Wednesday night in Benin-City, during the closing ceremony.

The Permanent Secretary, Federal Ministry of Youth and Sports, Anako Nebeolisa, who represented the Sports Minister, Sunday Dare, announced Delta as host of the NSF 2022.

“Following the evaluation of the bids and the physical visitation to the prospective states, I hereby announce Delta State as the next host of the National Sports Festival in 2022. I congratulate the government and people of Delta State on emerging the preferred state (next host) and wish them the best of luck in the organisation of the 21st National Sports Festival.”