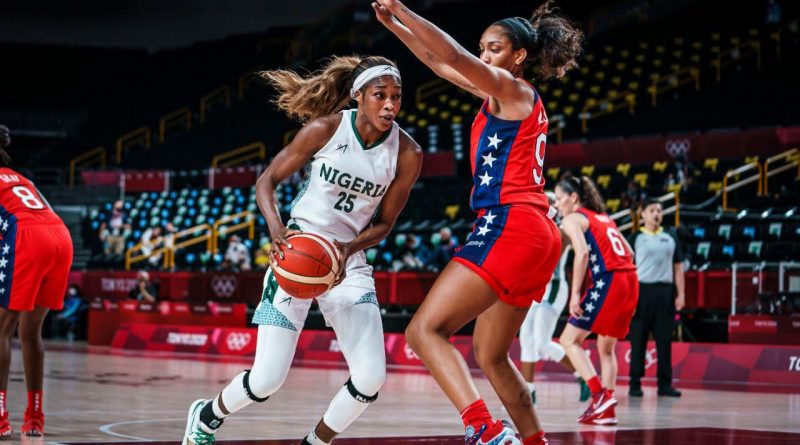 Team USA survived an early push from D’Tigress to secure a nervous 81-72 win against Nigeria in their women’s basketball Group B opener on Tuesday.

The six-time reigning Olympic champions boast a roster full of WNBA talent including no fewer than 15 previous gold medallists, but it was a determined Nigerian team who took the early initiative.

In just their second Olympic appearance, the back-to-back African champions took a 20-17 first-quarter lead thanks to the sharp shooting of Ify Ibekwe.

USA eventually found their rhythm at the Saitama Super Arena thanks to Opening Ceremony flagbearer Sue Bird – who brought up a century of assists at the Olympic Games – and a steady stream of points from Diana Taurasi, Brittney Griner and Olympic debutant A’ja Wilson.

But D’Tigress who have been very consistent in the last five years refused to lie down. In a thrilling final quarter they roared back to life with 22 points but fell nine points short of a relieved USA at the full-time buzzer.

The USA have won every gold medal since Atlanta 1996, and are hoping to make it seven in a row at Tokyo 2020.

This what Nigeria’s Coach Otis Hughley Jr said on facing USA ahead of the tipoff: “It’s like starting your boxing career and they tell you you’re fighting Muhammad Ali (USA) in his prime. Now that ain’t something you’re looking for. ‘I want to box, but I don’t want to box that bad’.”

D’Tigress did box very well going by the general comments of their fans around the world.

Nigeria will look to bounce back against France while the USA’s next match is against hosts Japan. Both matches take place on Friday (30 July).