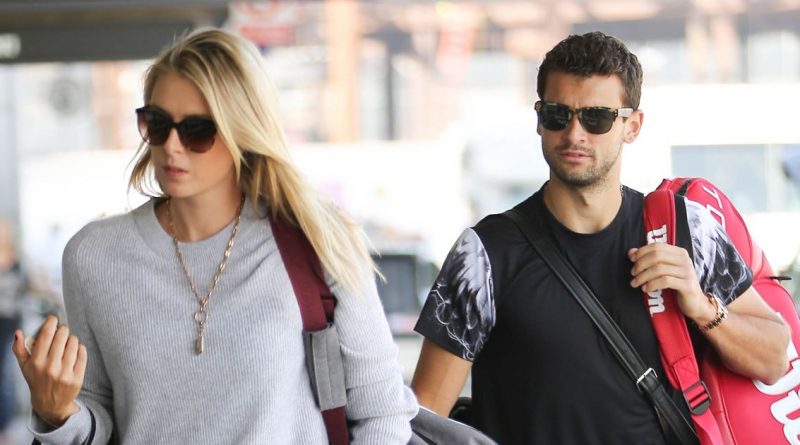 Maria Sharapova’s ex-boyfriend Grigor Dimitrov admitted his relationships may have delayed his emergence as a top player as he extended his hot streak at the Australian Open on Monday.

The Bulgarian heart-throb has long been touted as one of tennis’s next big things, but he reached only his third major quarter-final with his win over giant-killer Denis Istomin, AFP reports.

Afterwards, the man known as “Baby Fed” for his Roger Federer-style play was asked whether romantic entanglements may have sometimes been a distraction from tennis.

“I obviously have a soft spot for that,” joked the world number 15. “On a serious note, I always try to keep whatever else outside the court.

“I think when I was younger; I was struggling to kind of differentiating love from a personal love or a tennis love or whatever else. There was time that I wasn’t sure how to deal with both things in the same time.

“But you learn. I guess we grow. I mean, I don’t want to say I’ve learned from my mistakes, but I’ve learned myself a little bit better. I think that helps me. Hopefully it’s going to help me for the future through any kind of falling-in-love stuff.”

Dimitrov, who split with Russian star Sharapova in 2015, will face Belgian 11th seed David Goffin for a place in the semi-finals in the lower half of the draw.

His game deteriorated after losing a second-set tiebreaker and despite medical treatment, he had trouble getting around the court as Dimitrov charged to victory.

Dimitrov lost to Rafael Nadal in the quarter-finals in Melbourne three years ago and last year he fell to Federer in the third round.

Dimitrov also reached the semi-finals at Wimbledon in 2014 where he lost to Novak Djokovic, after defeating defending champion Andy Murray in the quarter-finals.

“It’s an unbelievable feeling. I’m not lying. I’m happy to be on that stage of a tournament. Quarter-finals of a Slam, it’s great,” Dimitrov said.

“I’m happy that I’m capable to do that. Just looking forward to the next one.”