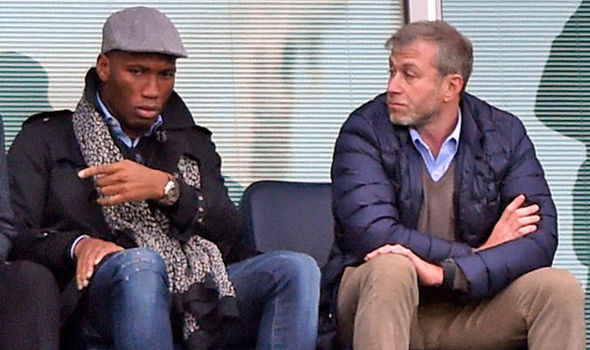 CHELSEA owner Roman Abramovich could bring Didier Drogba back to Stamford Bridge as a replacement for Michael Emenalo, according to reports.

The Nigerian left Stamford Bridge this week after more than 10 years at the London club. The former Super Eagles defender occupied different positions at Chelsea including opposition scout, assistant coach and technical director.

It has also been claimed that the Russian billionaire may also attempt to hire fellow Russian Leonid Slutsky should he fall out of favour at Hull, it has been claimed.

The Telegraph and The Sun report that Abramovich is to take a more hands-on role at Stamford Bridge since the departure of his close ally earlier this week.

And while current club chief Marina Granovskaia is expected to fulfil much of the duties Emenalo carried out, Blues legend Drogba could yet be brought back into the fold.

The former striker joined American side Phoenix Rising as a player-owner earlier this year.

He plans to move into a sporting director role once leaving the pitch and is a firm favourite of Abramovich with the two said to still be “extremely close”.

But Slutsky is reportedly another possibility, even though he is currently in charge of Championship strugglers Hull.

The Telegraph claim there is “every chance” the 46-year-old could be offered “some kind” of role at Stamford Bridge if he were to be axed.

Abramovich is said to be close to Slutsky and put the ex-Russia boss up in one of the Stamford Bridge hotels when he arrived in London.