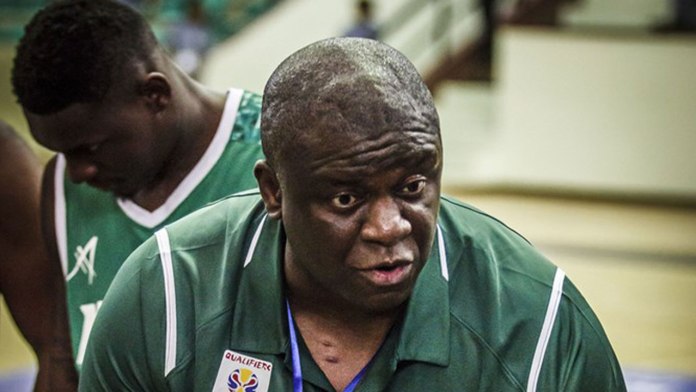 Extrasportsnigeria.com leanrt that Nwora sent in his resignation on August 6, 2021 in a letter addressed to the President of Nigeria Basketball Federation, Ahmadu Musa Kida.

Reasons for Nwora’s resignation coming after the Tokyo 2020 and just about one week to the Afrobaskt 2021were not immediately stated.

Nwora was engaged by the Nigeria Basketball Federation in 2017 and led the Nigerian national basketball team to the 2017 FIBA Afrobasket tournament held in Tunisia. The team finished second behind hosts Tunisia.

He also led Nigeria to through the 2019 FIBA World Cup qualifier making the nation the first to pick a spot in the finals in China with three matches outstanding.

At the FIBA World Cup, Nwora led Nigeria as Africa’s best team and punched a ticket to the Tokyo 2020 Olympic Games.

Nwora was once a coach of the Cape Verde National Basketball side.

Ahead the Olympic Games in Tokyo, Nwora was assigned the role of Associate Head Coach with Mike Brown as Head Coach.

Nigeria Basketball Federation President Ahmadu Musa Kida was quoted as confirming the development. He said the coach had contributed immensely to the current status of the men’s national team.

“The Nigeria Basketball Federation respects the decision of Coach Nwora and understands that his primary job as Head Coach of Erie Community College in Buffalo, New York deserves his attention too. He built an impressive programme for the national team and we are deeply indebted to him. We wish him the best of luck and hope that when he is settled, he would still give his services to Nigeria.”