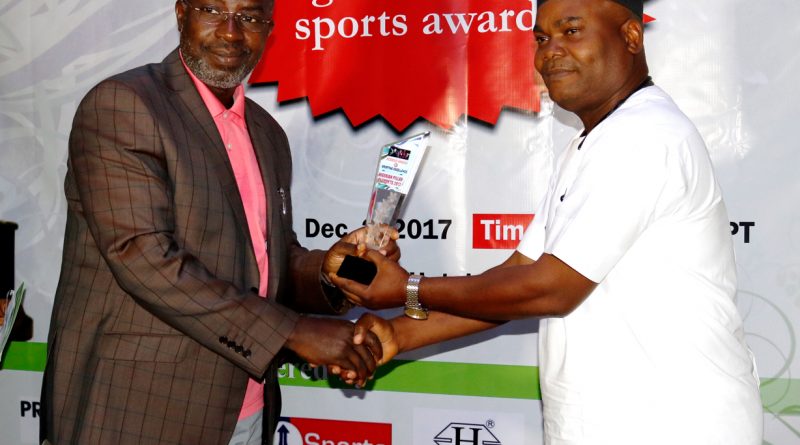 The Chairman/CEO of HS Media Group, owners of the HotSports brand, Mr Taye Ige believes Nigeria will have their best FIFA World Cup outing yet in Russia next year. The media entrepreneur reckons the Super Eagles have the potential to reach the semi-finals.

Eagles were once again drawn in the same group as Argentina for the 2018 World Cup in Russia with debutant Iceland and Croatia completing the quartet. It is the fifth time in six outings Nigeria will be pitched against Argentina in the group stage of the World Cup.

Ige who spoke on Saturday as the Chairman of Ceremony at the Nigeria Award for Sporting Excellence at the Lagos Airport Hotel, Ikeja, said Nigeria could not have wished for a better draw.

He said, “One must remark that God Almighty answered our prayers. In my view, we had the luck of the draw and we have every reason to celebrate our World Cup grouping.

“Argentina cannot stop us. We beat them recently in Russia and, by the dint of dedication, focus, determination and the special grace of God, we will beat them again during the World Cup in Russia. Croatia, even by UEFA ratings, are a category ‘B’ team in Europe while debutantes Iceland are already content rubbing shoulders with the big boys. We will have more reason to celebrate as I foresee the Eagles going far.

“To go far and be considered as having had a successful campaign, Nigeria should at least make it to the semi-finals. Is this possible? Yes, I do believe so. Without advocating complacency, all that needs to be done right now is for every stakeholder to continue to do their bit as diligently as they have done so far. This is the very first time we are heading to the World Cup with stability all around the team: the technical crew; the federation; the players. All this should combine to give us an unforgettable World Cup.”

Except for France 1998, Nigeria have faced two-time world champions Argentina in all their previous World Cup campaigns. Eagles have lost all their World Cup games against the South American but should be buoyed by a 4-2 thrashing handed the Argentines in a friendly match last month incidentally played in Russia.