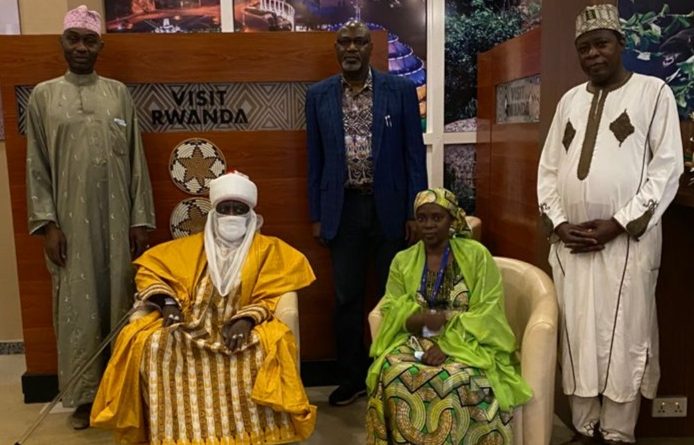 The D’Tigers headed for the drawing board after losing 68-77 to Cote d’Ivoire on Sunday in their last Group C game. The loss meant Nigeria failing to pick an automatic Afrobasket quarter final ticket but D’Tigers were deeply encouraged by the fact that they had a huge personality as the Emir of Kano in the stands in Kigali to cheer them.

His Royal Highness, Aminu Ado Bayero is in Rwanda with some members of the royal house: Bayero Isa Sanusi and Bayero Ujudud Sanusi alongside the Nigeria Basketball Federation President, Engr Musa Kida.

D’Tigers will again file out on Tuesday against Uganda who finished third in Group D as they go for a quarter final ticket.

D’Tigers Coach Mike Brown at the end of their training on Monday demanded that the team use their loss to the Ivorians as a learning curve when they step out against Uganda.

He said, “To go through that experience as a group was really good for us. Hopefully it will help us in the next game and further if we win the next game. I am looking forward to the challenge and I think the guys are too.

“We have to play harder for longer stretches than how we did against Côte d’Ivoire and we have to play together. They got up in our chest, they frustrated us and they were hard on us.”

The team will be looking up to its captain, Stephen Domingo to rediscover his form after a sterling show in the first game against Mali where he scored 16pts, 5 rebounds and 2 assists.

Uzodinma Utomi and Benjamin Emelogu will also be playing a huge role in the playoff after a run of good games.