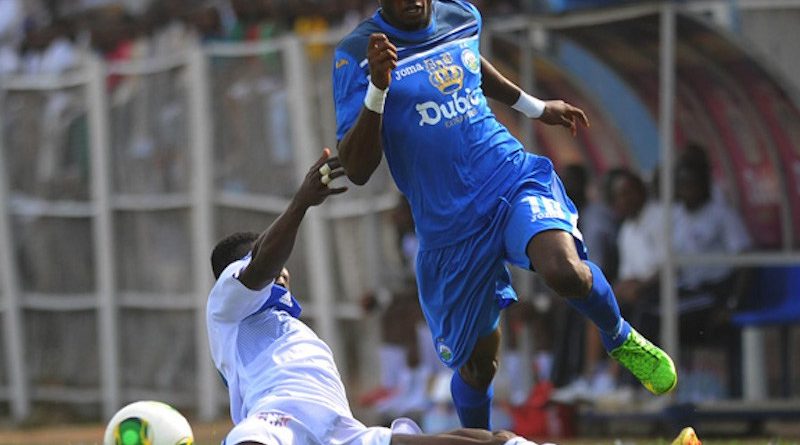 Enyimba will face either Nigerian rivals Rivers United or South Africa’s Bloemfontein Celtic in the play-off round of the CAF Confederation Cup.

Enyimba dropped to the second tier CAF competition following their 4-2 defeat on aggregate to Sudan’s Al Merreikh in the Champions League first round.

The fixtures were conducted at the CAF Headquarters in Cairo on Friday.

The second leg first-round clash between the Rivers and Bloemfontein billed for the Adokiye Amiesimaka Stadium, Port Harcourt on Wednesday was called off by the Confederation of African Football following the South Africans’ failure to get a waiver to fly into Nigeria from the Nigeria Centre for Disease Control (NCDC).

The Nigeria Football Federation (NFF) had pleaded with CAF to stage the reverse fixture in any of the country’s neighbouring nations with less strict Covid-19 protocols.

The first leg of the play-off round will be held at the Enyimba Stadium, Aba on February 14 with the return leg taking place seven days later.