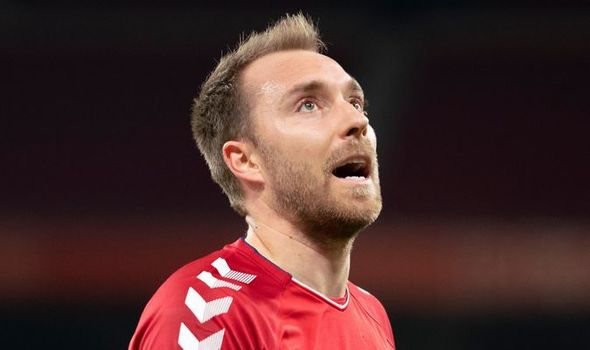 DENMARK ace Christian Eriksen has spoken for the first time since his cardiac arrest on Saturday.

The 29-year-old said he feels better but wants to “understand what happened.”

Eriksen collapsed during Denmark’s Euro 2020 opener against Finland in Copenhagen on Saturday and the team doctor said he “was gone” before they started cardiac resuscitation.

He needed 13 minutes of intense medical treatment – including CPR and defibrillator shocks – but was thankfully stretchered off the pitch awake soon after.

It was confirmed on Sunday the former Tottenham man had suffered a cardiac arrest but was stable, according to The SunSport.

And he has now sent a brief message to the public in quotes reported by Italian outlet Gazzetta dello Sport.

Eriksen said: “Thank you all, I won’t give up. I feel better now but I want to understand what happened.

“I want to say thank you for all you did for me.”

“He joked, he was in a good mood, I found him fine. We all want to understand what happened to him, he wants to do it too: the doctors are carrying out in-depth examinations, it will take time.

“He was happy because he understood how much love is around. Messages have reached him from all over the world.

“And he was particularly impressed by those of the Inter world: not only the team-mates he heard through the chat, but also the fans.

“Christian doesn’t give up. He and his family want to send their thanks to everyone. Half the world has contacted us, everyone was worried.

“Now he just has to rest, with him are his wife and parents. Also tomorrow (Monday) he will remain under observation, perhaps even on Tuesday.

“But in any case he wants to cheer on his team-mates against Belgium.”

The SunSport reports that Denmark boss Kasper Hjulmand slammed Uefa on Sunday for giving his players a tough decision to make.

The Danes were told they could either resume the match on Saturday night or restart it on Sunday at noon.

They eventually decided to restart at 7:30pm on Saturday night and the Danes went on to lose 1-0.