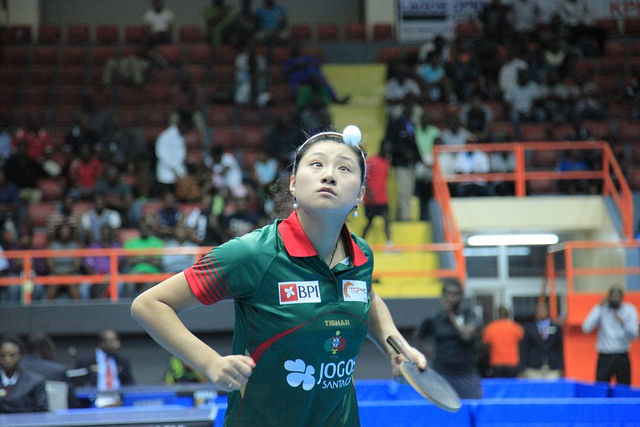 This year’s ITTF Challenge Nigeria open has Europe topping the list of the countries just as the tournament set a new record as it has the largest turnout of countries with over 22 countries including host – Nigeria beating the registration deadline on July 10.

With record entries of 148 players made up of 95 men and 53 women competing at the $46,000 prize money championships holding on August 9 to 13 at the Molade Okoya-Thomas Hall of Teslim Balogun Stadium in Lagos, Nigeria.

Europe dominated the list of entries as 10 European countries confirmed their participation while eight African nations were also listed. Asia has three countries while Latin America has one nation.

The European teams are led by France. Others are Bulgaria, Finland, Russia, Italy, Portugal, Romania, Hungary, Scotland, and Ukraine.

Hosts, Nigeria as well as its continental rivals, Egypt will lead Africa teams while others are Algeria, Congo Brazzaville, Cote d’Ivoire, Cameroon, Ghana and South Africa. From Asia are India, Qatar and South Korea while Latin America will be represented by Argentina.

The Local Organising Committee (LOC) has attributed the large turnout of teams to the popularity of the championship among players across the globe.

This is the first time the Nigeria Open will be having large number of foreigners competing at the five-day championships, which is also a tournament that helps players to amass points for their world ranking.

Also, as a legacy of the tournament, the LOC is offering two media internships for interested undergraduates (male and female) in Nigeria tertiary institutions to undergo training at the five-day competition.

The LOC said that each candidate will have full access to all players, and assist the media team in providing service during the championships as this will provide an exceptional rewarding experience for the selected candidates.