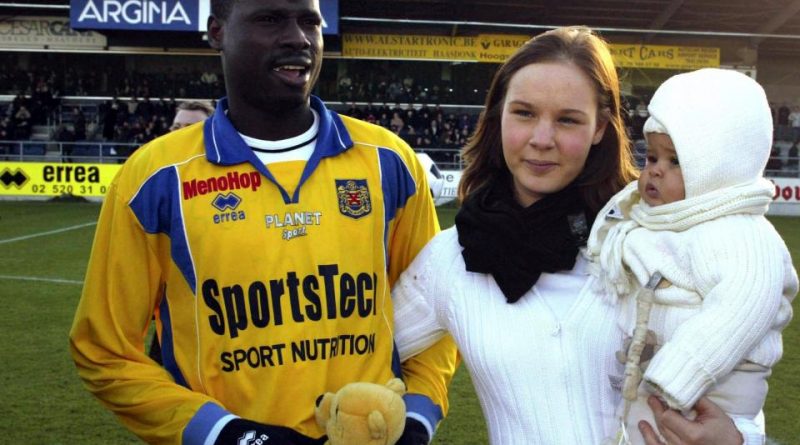 Eleven years ago Arsenal and Ivory Coast’s Emmanuel Eboue was lining up to take part in the biggest club match in world football.

During an illustrious seven-year career in the Premier League, he pocketed millions of pounds in wages, lived in a mansion and drove flashy cars. But now the ex-Arsenal defender spends his days hiding from ­bailiffs, sometimes sleeps on the floor of a friend’s home, travels by bus and even cleans his clothes by hand because he has no washing machine.

The 34-year-old told The Mirror how his staggering riches-to-rags plight has pushed him to the brink of suicide.

“I want God to help me,” he says. “Only he can help take these thoughts from my mind.”

To listen to Eboue open his heart is as harrowing as it is shocking.

He wants to talk openly and honestly in a bid to encourage others going through the same ordeal to open up.

The Sunday Mirror, through its Time To Change campaign, has been battling for the past six years to smash the stigma associated with the mental ill health with which Eboue is now suffering.

At the peak of his career with Arsenal he became a fans’ favourite. He was part of the side that faced Barcelona in the 2006 Champions League final.

Arsenal lost but Eboue remains a cult-hero at the Emirates Stadium, as much for his happy demeanour and his goal celebrations as the ability which saw him help the Ivory Coast reach the 2012 Africa Cup of Nations Final. Nigerians would always remember the fleet-footed defender as they battled the Super Eagles and other big names on the continent with also the likes of Didier Drogba and the Toure brothers in the line up.

That joy, however, has been replaced by tears – and a deep fear of the future.

Eboue, currently unable to play football because of ill-health, says he has been pushed to the brink. He has:

It is now three weeks since a deadline passed for Eboue to surrender ownership of the North London home he used to share with Aurelie.

A judge will sign the transfer if Eboue does not do so.

The player and his wife lived there in happier times before Eboue bought a mansion – which Aurelie has now put on the market.

He understands she will rent out the Enfield property.

So Eboue, his belongings in bags, now awaits the knock that will see him ordered to leave at any time.

The worried star said, “I can’t afford the money to continue to have any lawyer or barrister.

“I am in the house but I am scared. Because I don’t know what time the police will come.

“Sometimes I shut off the lights because I don’t want people to know that I am inside. I put everything behind the door.

“My own house. I suffered to buy my house but I am now scared. I am not going to sell my clothes or sell what I have. I will fight until the end because it is not fair.”

Eboue has taken a huge fall from the days he netted millions at Arsenal and then more than £1.5million a year at Turkish side Galatasaray.

His dream of a Premier League return with Sunderland evaporated last year, however, after he was hit with a 12-month ban by FIFA after a dispute with a former agent.

Eboue says he was never given ­guidance to manage his finances.

Insisting his wife looked after most of their affairs, he admits being “naive” with money.

He also claims he was beset by a string of people who gave bad advice and lost him huge sums.

With a limited ­education, Eboue is paying the price for being unaware of his financial situation. His handful of visits to the bank were with Aurelie.

Eboue even recalls an occasion when bank staff visited him – to sign paperwork – at Arsenal’s training ground.

And he now wants other young African footballers to learn from his mistakes.

He says, “I look back and say ­‘Emmanuel, you have been naive… why didn’t you think about that before?’ It is hard.

“Very, very hard. The money I earned, I sent it to my wife for our children.

“In Turkey I earned eight million euros. I sent seven million back home. Whatever she tells me to sign, I sign.

“She is my wife. The problems with FIFA were because of people advising me. People who are supposed to care. But it was because of them FIFA banned me.”

Having surrendered the cars among assets transferred to his wife, Eboue now has an Oyster card and relies on London transport – while doing his best to avoid being recognised.

He splits his time between the Enfield house and the home of a ­confidante he calls his “sister” – Yasmin Razak.

He often sleeps on a mattress on her living room floor.

But even watching TV – and seeing the likes of former team-mate Thierry Henry as a football pundit – triggers negative thoughts.

He adds, “When I see Thierry I feel happy for him but ashamed of my own situation.

“When I see friends on TV that I played with or against I say to myself ‘I should still be there’. It’s hard to watch them.”

Both Yasmin and another close pal, ex-Portsmouth and Newcastle striker Lomana Lua Lua, have been crucial in helping Eboue stay afloat.

Of Yasmin, he said, “I call her house The Bunker. I can hide there. She has children. I don’t want to disturb them, so I sleep on the floor.”

Eboue is devastated at spending Christmas apart from his own kids, daughters Clara, 14, and Maeva, 12, and son Mathis, nine.

He goes on, “It hurts me a lot. They used to call me. But now, no contact. It pains me to be alone without them.”

Eboue has been left without so much as a washing machine.

But he won’t be beaten, saying, “Every day I wash my jeans, my clothes, everything. My hands are hard. As though I have been working on a farm.

“I thank my grandmother because she taught me to wash, cook, clean, everything as a young man.

“I continue to thank God. I have my life. I didn’t want what has happened. I don’t wish it on anybody.”

While Eboue wants to return to playing one day, he would jump at the chance of working with former club Arsenal or players’ union the PFA.

He says, “I would accept help from anywhere but if my previous club wants to help me then I would be very, very happy. Maybe I could help the young players?

“The PFA helped me when I had my problems with my agent. If they gave me a job, even if it wasn’t a big, big job.

“Maybe I’d see some of the people I played with or against and I’d feel embarrassed. But I would cope.”