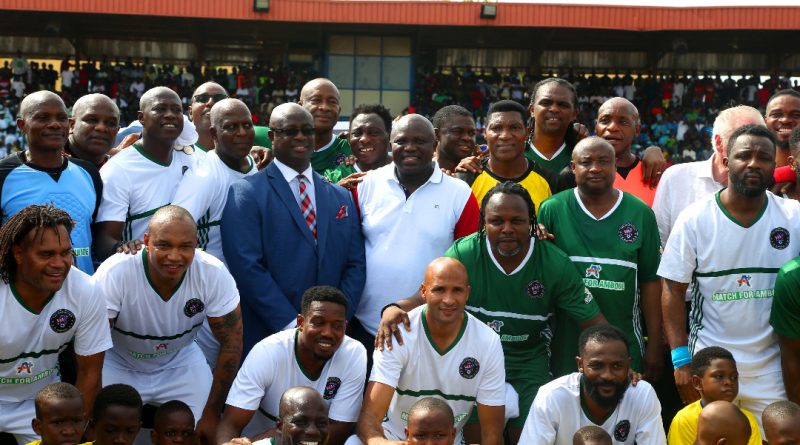 A group of legendary ex-footballers, who once lived and plied their trades in Lagos, have come together under the umbrella, Lagos Legends Club.

The group which was formed August, 2018 by ex-Nigeria international and former Chairman of Lagos FA, Waidi Akanni, last Sunday held a virtual meeting that saw what has been described as an impressive turn out of members within in the country, and the Diaspora.

A statement released by a top member of LCC, Monday Onyechi, detailed that the meeting was largely “to inform members of the latest drives of the group to legally concretize its activities, which includes its registration with CAC, and of course, getting a proper working constitution.”

In his remarks during the zoom meeting, the convener of the group, Waidi Akanni, stated that the reason for bringing the former footballers together is to reconnect with former team mates and friends with a view to creating a union that would stand to support each other.

It was finally agreed at the meeting to nominate a 6-man constitution drafting committee with members drawn from Nigeria, United Kingdom and the Americas.